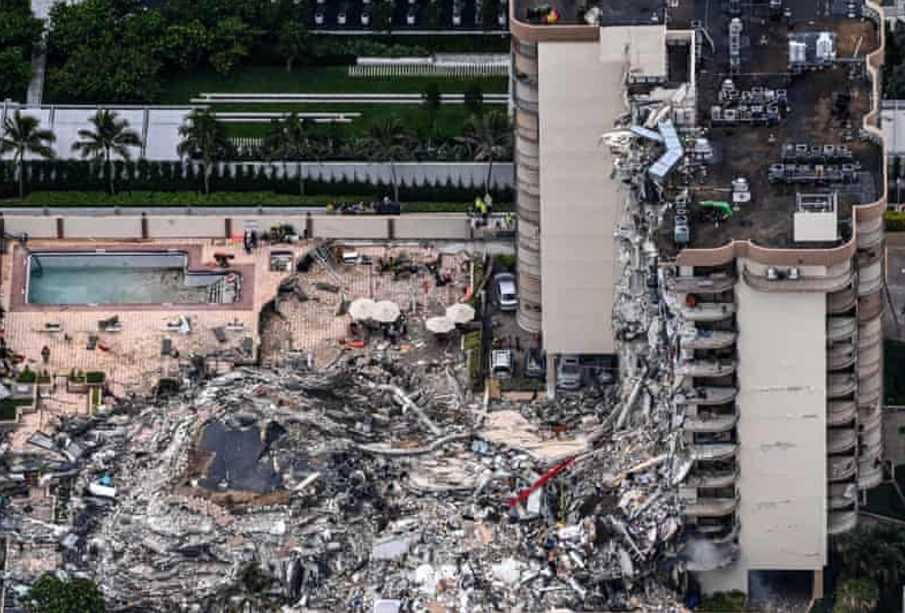 Rescue workers pulled a 10th body from the rubble of a collapsed Florida condominium on Monday, as officials vowed to keep searching for any possible survivors five days after the 12-story building fell without warning as residents slept.

Crews were using cranes, dogs and infrared scans as they looked for signs of life amid the ruins, hoping air pockets may have formed underneath the concrete that could be keeping some people alive.

The death toll appears certain to rise, and Levine Cava acknowledged the number of casualties is “fluid.” There are 151 people still unaccounted for.

The cause of the collapse at the Champlain Towers South in Surfside, near Miami, remains under investigation.

A 2018 engineer’s report found serious concrete deterioration in the underground parking garage as well as major damage in the concrete slab beneath the pool deck. The author, Frank Morabito, wrote the deterioration would “expand exponentially” if it was not repaired in the near future.

But Ross Prieto, then Surfside’s top building official, met residents the following month after reviewing the report and assured them the building was “in very good shape,” according to minutes of the meeting released by the town on Monday.

The engineer’s report was commissioned in advance of the condo seeking recertification, a required process for buildings that reach 40 years of age. The tower was constructed in 1981. An estimate prepared by Morabito Consultants in 2018 put the cost of repairs at $9.1 million, including electrical, plumbing and work on the facade. (Reuters)

Abu Dhabi to allow only COVID-19 vaccinated people entry to some public ...