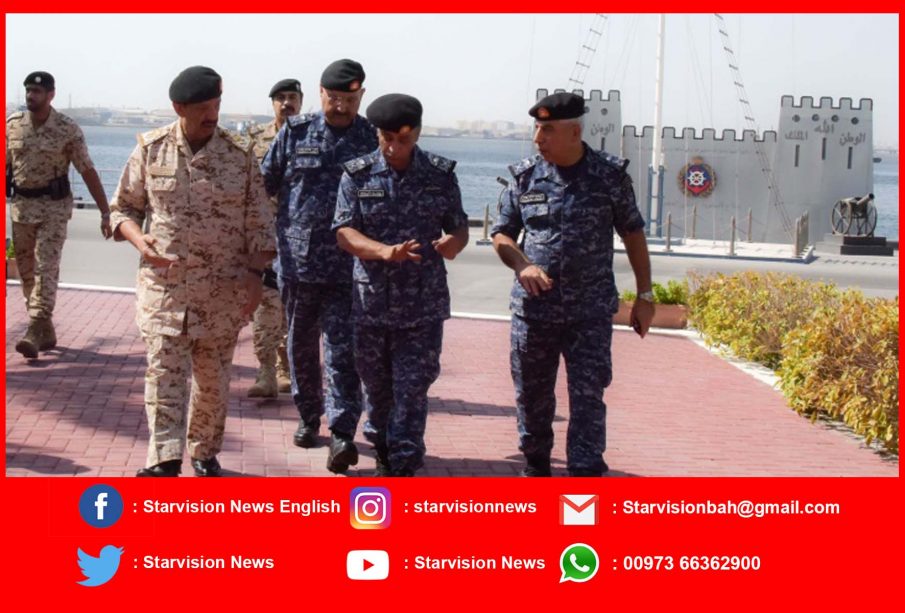 BDF Commander-in-Chief Field Marshal Shaikh Khalifa bin Ahmed Al Khalifa paid inspection visits to several BDF units. The commander-in-chief reviewed the units’ administrative and combat readiness, as well as their military preparations and work progress. Field Marshal Shaikh Khalifa bin Ahmed lauded the honorable achievements attained by the BDF since its establishment, hailing the landmark accomplishments of its brave affiliates, to whom he wished every success in carrying out the tasks assigned to them in Bahrain and abroad.

The commander-in-chief said that the BDF is exerting great efforts and steadily in providing all means of strength and resistance to its various units in line with the continuous development in various combat and administrative areas. He expressed his deep appreciation and pride in the outstanding efforts exerted by the BDF staff and their ability to assume their national responsibility in various situations and conditions to serve Bahrain under the wise leadership of His Majesty King Hamad bin Isa Al Khalifa, the King, and the Supreme Commander.