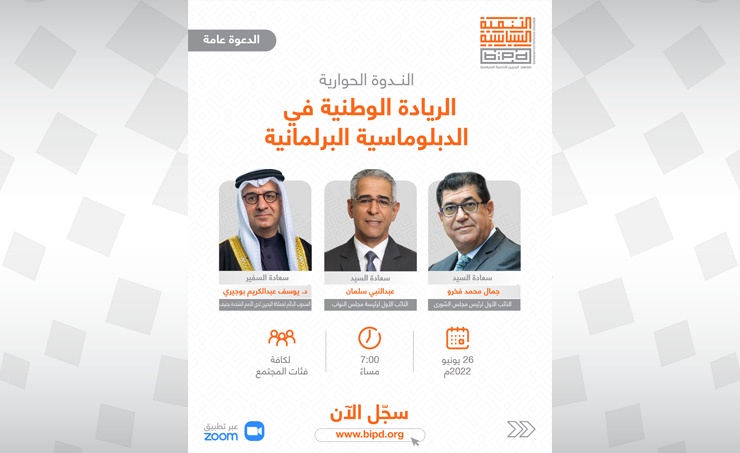 The Bahrain Institute for Political Development (BIPD) will hold its popular webinar, entitled “National Leadership in Parliamentary Diplomacy”, on Sunday.

It will also highlight the contributions of the legislative branch to strengthening the Kingdom’s position in parliamentary diplomatic work, as well as affirm the importance of Bahrain’s success in hosting the 146th session of the Inter-Parliamentary Union’s Assembly in March 2023.

The webinar, coinciding with the International Day of Parliamentarism, is in line with BIPD’s goals and mission of in supporting parliamentary work, promoting the culture of democracy and developing awareness and knowledge of the role and importance of the legislative branch.

It confirms the importance of parliaments’ role in achieving sustainable development goals, as well as in the decision-making process and legislation, being one of the pillars of democracy.

Those wishing to participate may register through BIPD’s website (www.bipd.org).

NSSA to participate in international conference