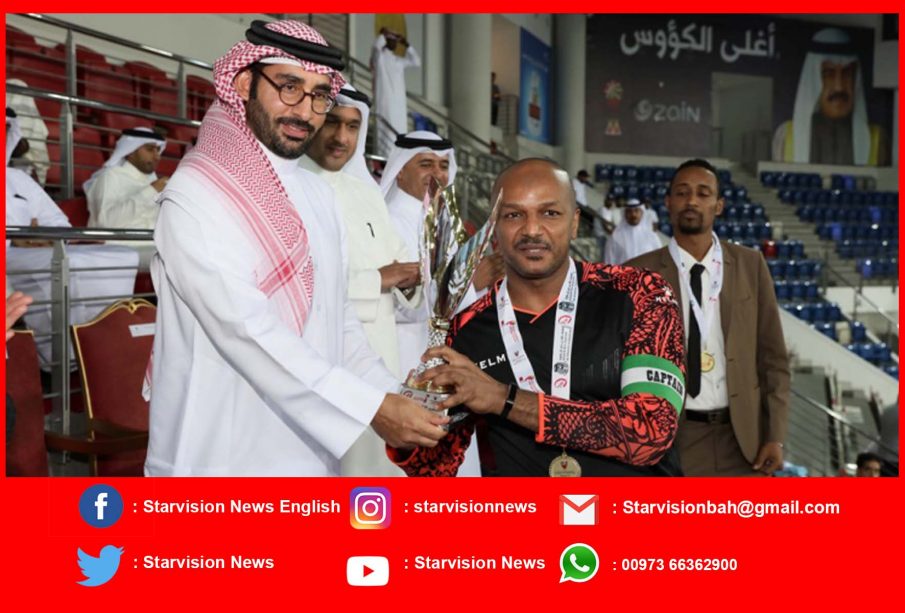 Sudan has won the expatriates Futsal championship after beating Yemen 6-7 in penalty shoot-outs. The match was held as part of the fifth edition of the Khalid bin Hamad Futsal League for Youth Centres, People with Disabilities, Girls, Ministries, Expatriate Communities, Banks and Companies. Sudan and Yemen drew 3-3 in regular time in the final match, which was attended by a large number of spectators who cheered their respective teams. Minister of Youth and Sports Affairs Ayman bin Tawfiq Almoayyed attended the match and presented the victorious team with the trophy. Sudanese striker Ahmed Al-Basha, who netted two goals in the final, was presented with the Best Player prize, in the match which was officiated by referees Ali Dad and Aqeel Hassan.