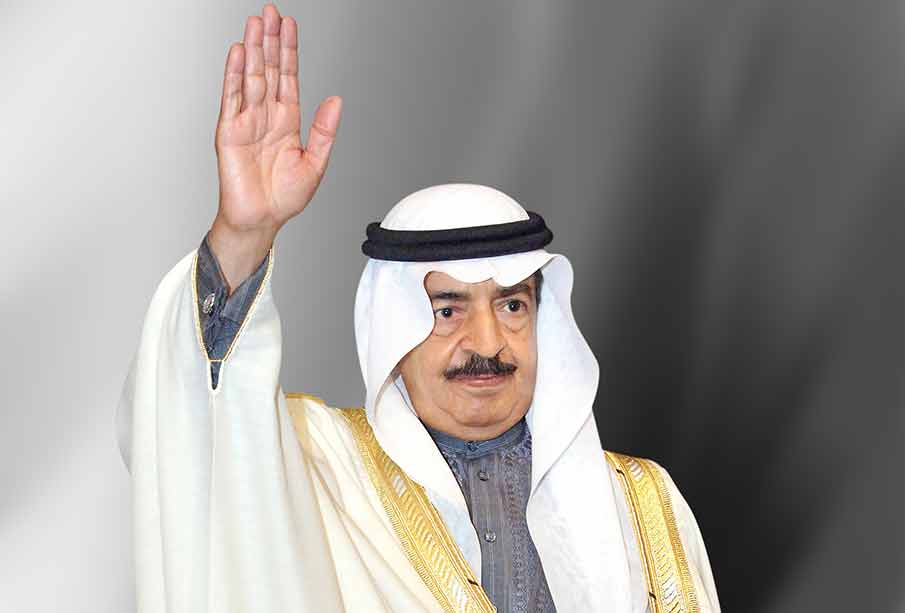 The Kingdom of Bahrain has lost an inspirational leader on Wednesday morning who dedicated time and effort to serving his country and people. His Royal Highness Prime Minister Prince Khalifa bin Salman Al Khalifa passed away leaving a great legacy of wise management, valuable directives and significant developmental achievements which have promoted the kingdom’s status on the world map.

HRH the Prime Minister played a major role in steering the kingdom’s development march throughout its modern history which had a positive impact on the advanced civilisational image Bahrain enjoys now. His efforts, forward-looking visions and statesmanship brought about many achievements to the kingdom, placing it at an advanced position with world-wide reputation. His assumption of responsibilities contributed to shaping the comprehensive development policies. Indeed, HRH the Premier imbibed the principles of public work ever since he was entrusted with the membership of some committees which directly touched the life of citizens and their needs.

In the late 1950’s and the outset of the sixties, late HRH the Prime Minister took up many key posts like presidency of the Education Council, chairmanship of the Monetary Council and the Administrative Council…etc. His assumption of a wide range of responsibilities played an essential role in establishing the nucleus of the state’s government body, launching the development march and laying a solid foundation for Bahrain’s economic growth.

HRH the Premier adopted many programmes which enabled Bahrain to make big strides in terms of boosting citizens’ welfare, improving the infrastructure and developing various economic sectors. Becoming Chairman of the State Council in the 1970’s, he showed success and distinction in leading the government body. The council was later renamed the Cabinet and HRH Prince Khalifa bin Salman Al Khalifa embarked on the process of actual and institutional modernisation of the new administrative organisation of the state after the establishment of different ministries which started mapping out its own policies.

In line with the directives of His Majesty King Hamad bin Isa Al Khalifa, the government, led by late HRH the Prime Minister, worked on improving the living conditions of citizens and developing various economic sectors. This awareness, which charatcterised the visions of HRH the Premier in his leadership of the government work over the past decades, earned Bahrain an advanced status thanks to its pioneering development model to achieve comprehensive growth.

The achievements of His Royal Highness during the past decades have been characterised by a kind of complementarity and interconnection in the economic and social affairs, which reflects not only the big strides Bahrain has made on the path of development work, but also to meet the needs of its citizens and residents.

With the success of the Bahraini development model, and the world’s recognition of its value and usefulness, the Prince Khalifa bin Salman Al Khalifa Award for Sustainable Development was launched. The award was credited for informing the whole world of the principles, visions and ideas of HRH the Prime Minister, may Allah have mercy on him, in giving top priority to the concept of development and its comprehensive dimensions.

The role, achievements and efforts of late HRH Prince Khalifa bin Salman Al Khalifa in the field of development work have contributed substantially to enhancing the kingdom’s status and image as well as promoting its prestigious reputation in various forums. This had a great impact on the awards granted to late HRH the Prime Minister, including mainly the UN-Habitat Scroll of Honour in 2007, the UNESCO Avicenna Gold Medal in 2009, the Millennium Development Goals Award in 2010, the Information and Communication Technology in Sustainable Development Award by the International Telecommunication Union (ITU) and the endorsement of the UN General Assembly of his initiative to observe the International Day of Conscience on April 5 every year.