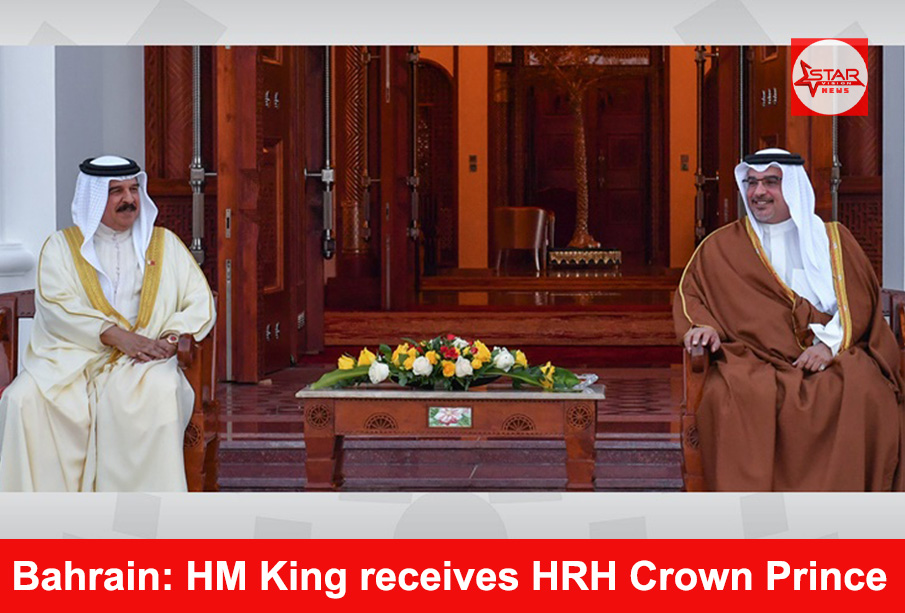 HRH the Crown Prince extended heartfelt congratulations to HM the King on the holy month of Ramadan, praying to Allah Almighty to protect him and bless him with abundant health and happiness. He also wished HM the King many happy returns and more growth and prosperity to Bahrain and its people.

HM the King expressed thanks and respect to HRH the Crown Prince for his good sentiments, wishing Bahrain as well as the Arab and Islamic nations many happy returns. He praised the tremendous efforts, close follow-up and successful management of HRH the Crown Prince of Bahrain Taskforce to Combat Coronavirus (COVID-19).

He commended the effective preemptive measures to curb the outbreak of the pandemic, praising the efforts of the medical and nursing team to protect the health and safety of citizens and residents.

He exchanged with them Ramadan good wishes, wishing Bahrain and its people more growth and welfare.