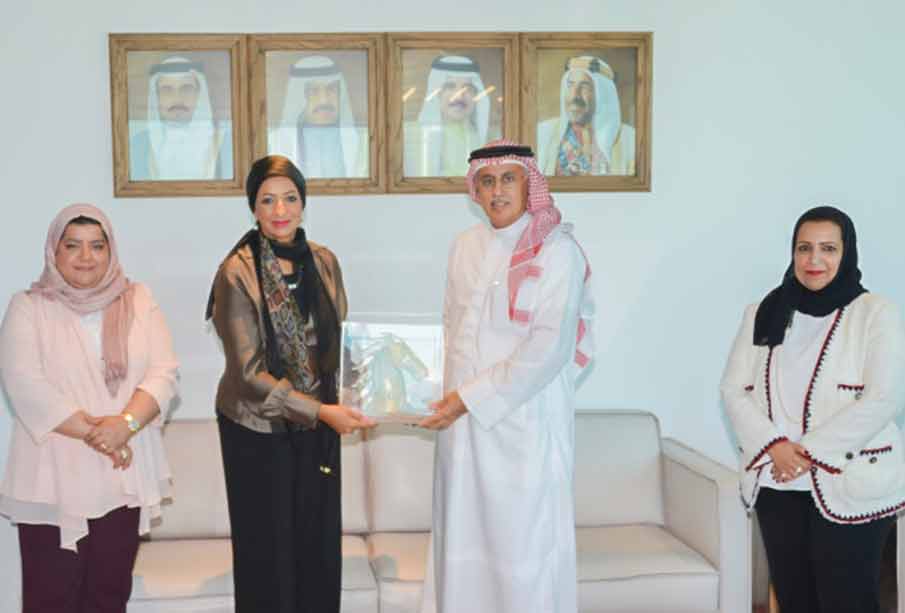 Industry, Commerce and Tourism Minister, Zayed bin Rashid Al-Zayani received on Thursday the Founder and Chairwoman of the Bahrain Entrepreneurship Organisation (BEO), Feryal Abdulla Nass and reviewed with her the latest economic developments, in general, and the entrepreneurship sector, in particular.

The minister lauded BEO’s meaningful programmes, positive initiatives and remarkable efforts aimed at advancing and empowering the entrepreneurship sector, as well as strengthening its major role in the kingdom’s economic development.

He underlined the government’s support for BEO’s efforts, and keenness to ensure all requirements and facilities for their success so as to enhance BEO’s development goals at the local and external levels, as they aim to achieve the objectives of the Economic Vision for Bahrain 2030, and raise the kingdom’s banners at various regional and global gatherings.

Feryal Nass gave a detailed presentation about BEO’s future programmes aimed at embracing Bahraini entrepreneurs and enabling them to have access to local and international economy.

Kuwait Airways to resume flights to Saudi Arabia on October 25