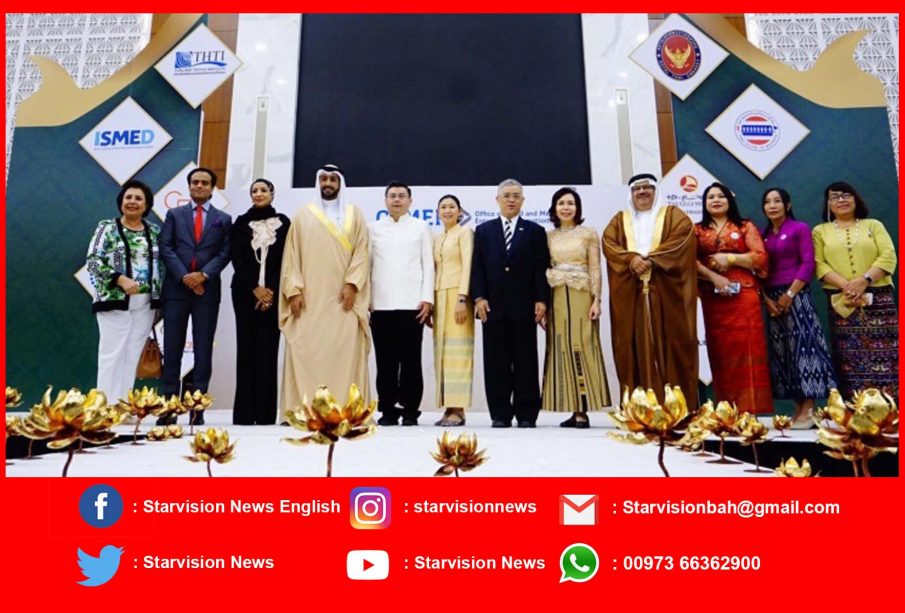 The ASEAN Bahrain Council and the Thai Club in Bahrain signed a memorandum of understanding (MoU), on the sidelines of the Thai Expo, opened by His Royal Highness Prime Minister Prince Khalifa bin Salman Al Khalifa here yesterday. Board directors’ chairmen of the ASEAN Bahrain Council and the Thai Club signed the MoU, in the presence of the Thai Ambassador to Bahrain, Thanis Na Songkhla. Board of Directors’ Chairman of the ASEAN Bahrain Council, Shaikh Daij bin Isa Al Khalifa, said that the MoU aims to enhance investment cooperation between the two friendly countries, as well as create new trade opportunities and real partnerships between companies in the two countries.

He pointed out that the agreement stipulates the exchange of trade delegations, stressing the importance of exchanging trade information and databases related to investment and trade to facilitate trade exchange, as well as the creation of new partnerships between the private sector companies in the two kingdoms. He said that the economic field is among the distinguished aspects of cooperation between Bahrain and Thailand, highlighting the shared keenness to bolster bilateral cooperation and strengthen the existing solid ties.

Shaikh Daij lauded the efforts exerted by the Thai Ambassador and the members of the Thai diplomatic mission to organize the Thai Expo and arrange for the signing of the MoU. Established in 2017, the ASEAN Bahrain Council aims to promote Bahrain’s investment opportunities, create fruitful economic partnerships between the Kingdom and ASEAN countries, strengthen friendly relations between the Bahraini people and those of ASEAN, develop trade, economic, tourism and cultural relations and increase the volume of trade exchange between the two sides. The Association of Southeast Asian Nations (ASEAN) comprises Indonesia, Malaysia, Philippines, Singapore, Thailand, Brunei, Vietnam, Cambodia, Laos, and Myanmar.