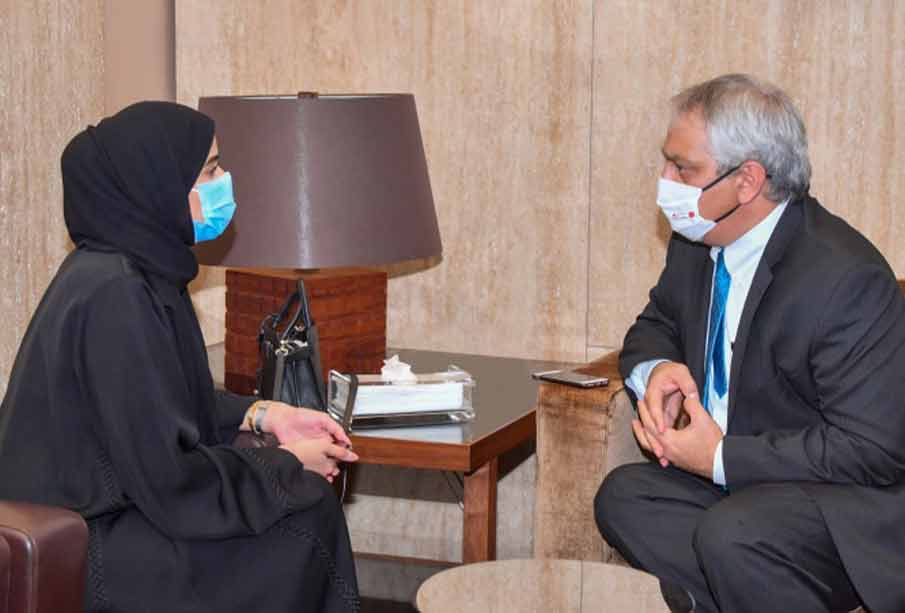 The Spokesperson of Israel Ministry of Foreign Affairs Lior Haiat said that the first visit by an official Israeli delegation to Bahrain was a historic visit on a historic day.

“This is the first time that an official Israeli delegation is coming to Bahrain on the first direct commercial flight from Israel to Bahrain,” he said. “This is a historic day for which we have been waiting for many years.”

Haiat told Bahrain News Agency (BNA) ahead of the Israeli-US delegation arrival that the aim is “to establish a few working groups that will deal with the main issues, the infrastructure of the future peace between the two countries and to sign bilateral agreements to establish diplomatic relations and peace between the two countries, basically the peace agreements.”

“The other MoUs will be on agriculture, economy, cooperation between the two ministries of foreign affairs and so many other things that we are looking forward to establishing as part of the peaceful relations between the two countries,” he said.

The better this peace will be, the more people and countries will join it, he added.

The spokesperson said he appreciated the role of the Americans in this new reality.

“They have done so much to help both our countries to reach peace and the entire region to reach stability and prosperity,” he said.