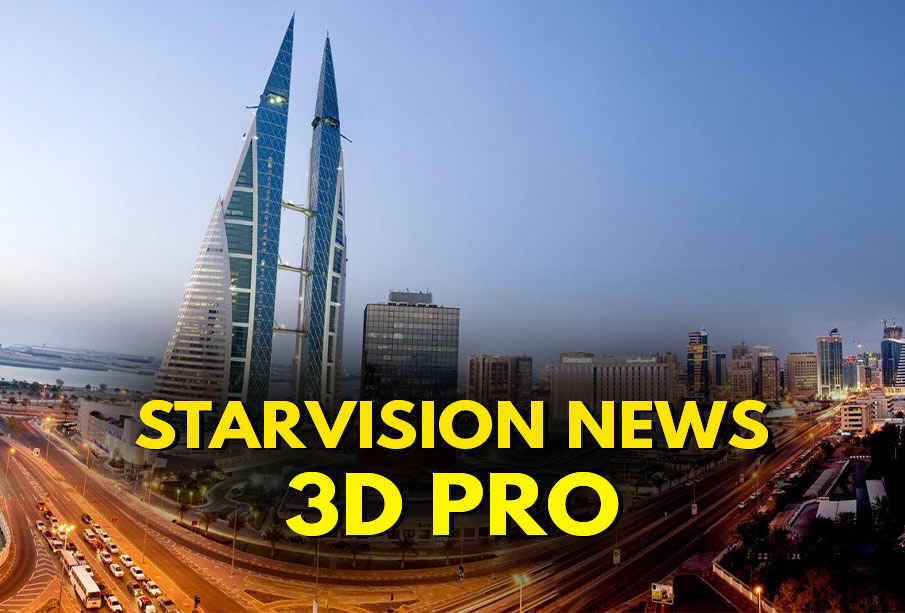 The National Medical Taskforce for Combating the Coronavirus (COVID-19), headed by the Chairman of the Supreme Council of Health, HE Lieutenant-General Dr. Shaikh Mohammed bin Abdullah Al Khalifa, has extended COVID-19 precautionary measures until June 25, 2021.

The decision was made following thorough analysis of data analytic trends as well as obtaining the Government Executive Committee’s approval.

Precautionary measures are beginning to have an impact and reduce COVID-19 daily case numbers but the downward trend of case numbers needed to be maintained.

The Taskforce noted that activities will gradually resume, based on the data, after the prescribed period has passed. The Taskforce also recognized the the pivotal role preventive action plays in maintaining downward trends in daily cases.

French President Emmanuel Macron has been slapped in the face on an official visit to the southeast of France. In a video circulating on social media, Mr Macron is seen walking up to a barrier on a trip to Tain-l’Hermitage outside the city of Valence.

A man slaps Mr Macron in the face before officers quickly move in. The president, meanwhile, is rushed away. Two men have been arrested in the wake of the incident, according to French media. As the president is slapped, the words “Down with Macron-ism” are shouted.

Politicians have swiftly denounced the incident. Far-left leader Jean-Luc Mélenchon tweeted his “solidarity with the President” immediately after the slap. President Macron is currently conducting a tour of France and had just visited a hotel school in Tain-l’Hermitage. His visit to the area was set to continue on Tuesday, officials said, with a trip to a vocational institute for 25-30 year-olds.

The president’s visit comes on the eve of a major step for French bars and restaurants, which will be able to reopen to indoor customers after seven months of closure. France’s overnight curfew is also being pushed back on Wednesday from 21:00 to 23:00.

GLOBAL GLITCH: Swaths of internet go down after cloud outage

Multiple major websites went offline briefly on Tuesday after an apparent outage at the cloud service company Fastly, and there were still reports of sporadic disruptions after the company patched the problem about an hour later. Dozens of sites including the New York Times, CNN, Twitch, Reddit, the Guardian, and the U.K. government’s home page, could not be reached, AP reported.

San Francisco-based Fastly acknowledged a problem just before 1000 GMT. It said in repeated updates on its website that it was “continuing to investigate the issue.” About an hour later, the company said: “The issue has been identified and a fix has been applied. Customers may experience increased origin load as global services return.” A number of sites that were hit early appeared to be coming back online.

Down Detector, which tracks internet outages, said: “Reports indicate there may be a widespread outage at Fastly, which may be impacting your service.” Fastly describes itself as an “edge cloud platform.” It provides vital but obscure behind-the-scenes cloud computing services to many of the web’s high profile sites, by helping them to store, or “cache,” content in servers around the world, allowing users to fetch it more quickly and smoothly instead of having to access the site’s original server.

The Lower Criminal Court sentenced on Tuesday a defendant to three years in jail, fined him BD 5000 and ordered his deportation after serving the sentence. The defendant was convicted of violating home quarantine imposed on him to prevent the spread of coronavirus (Covid-19) and exposing others to infection.

The Public Prosecution received a notification from the specialized security department on a circulating video footage on social media showing the defendant in a public place with the electronic tracker wristband in his wrist. The Public Health Directorate revealed that the defendant had violated a compulsory home isolation imposed on him and demanded to initiate a criminal case against him.

After ascertaining of the defendant’s health condition and his gradual recovery, the Public Prosecution launched an investigation Tuesday morning, questioned the defendant and referred him, while in custody, to the court for an urgent trial after he had admitted to the charges leveled against him. The Lower Criminal Court issued its afore-mentioned verdict.

The death toll from the collision between two trains in Pakistan’s southern Sindh province early Monday morning has risen to 62, a government official said on Tuesday. The death toll rose after rescue teams pulled out more bodies from the damaged compartments of the trains, Commissioner of Sukkur Shafiq Ahmed Mahesar told Xinhua. He said that over 100 people sustained injuries in the accident and they are being treated at various hospitals of Pano Aqil, Ghotki and Mirpur Mathelo in the province, adding that the condition of at least 15 people is critical.

According to spokesperson of the Pakistan Railways Nazia Jabeen, the accident occurred when the Sir Syed Express train coming from the eastern Rawalpindi district collided with several compartments of the Millat Express train, that was already present at the track that the Sir Syed Express train was traveling on after the derailment in the Ghotki district of Sindh. At least 13 compartments of the two trains were derailed and overturned, and seven to eight were completely destroyed in the accident, sources from the Pakistan Railways told.

Police sources in the area told that special teams are still in the process of investigating the exact cause of the accident, however, they believe that multiple problems in the railway track and signal systems are possibly behind the accident. Meanwhile, the authorities have also cleared the railway track and train service which was halted since early Monday morning resumed operations. (Xinhua)