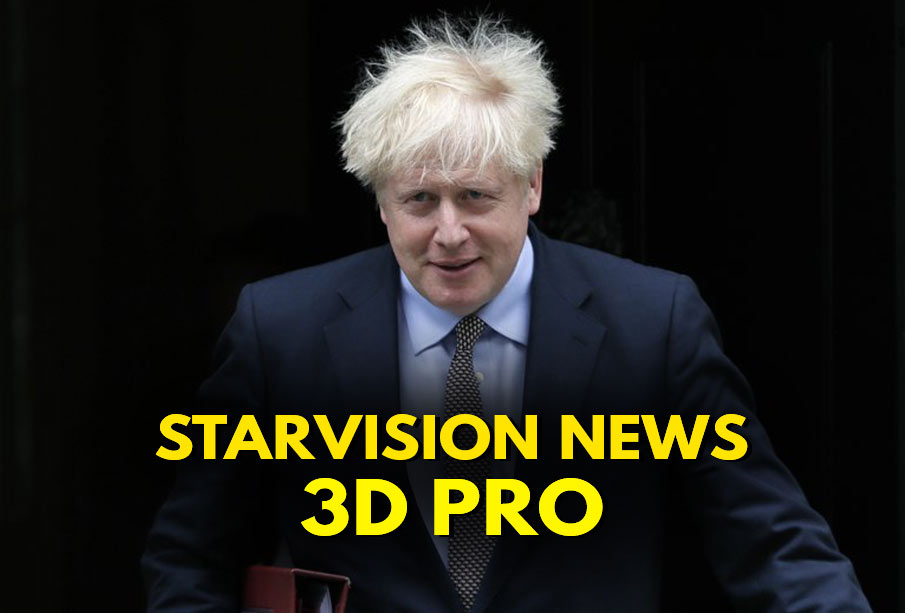 Most COVID rules set to end in England, says PM

Face masks will no longer be legally required and distancing rules will be scrapped at the final stage of England’s Covid lockdown roadmap, Boris Johnson has confirmed. The rule of six inside private homes will be removed and work-from-home guidance abolished as 16 months of on-off restrictions on daily life end. The PM said he expected the final step would go ahead as planned on 19 July. This will be confirmed on 12 July after a review of the latest data.

Further updates on school bubbles, travel and self-isolation will follow in the coming days, Mr Johnson told a Downing Street news conference. He said that even after the removal of the legal requirement to wear a face covering, he would continue to wear one himself in crowded places “as a courtesy”.

Mr Johnson said the ability to end a vast majority of legal restrictions in England was thanks to the success of the vaccine rollout in breaking the link between cases and deaths. But he warned cases were predicted to rise to 50,000 a day later this month and that “we must reconcile ourselves, sadly, to more deaths from Covid”.

The prime minister explained: “If we don’t go ahead now when we’ve clearly done so much with the vaccination programme to break the link… when would we go ahead?”

He added: “We run the risk of either opening up at a very difficult time when the virus has an edge, has an advantage, in the cold months, or again putting everything off to next year.”

Self-isolation orders for those who test positive would continue, Mr Johnson said, but he suggested there would soon be new rules for fully-vaccinated contacts. Health Secretary Sajid Javid told MPs he would probably make an announcement regarding a new regime for close contacts on Tuesday.

Gulf Air flight GF215 from Bahrain to Kuwait has been involved in a minor incident during landing at Kuwait International Airport. Gulf Air can confirm that all 62 passengers and 7 crew members have been safely evacuated and escorted into the airport terminal building. Gulf Air is currently working with the relevant authorities to identify the cause of the incident.

An Asian industry group that includes Google, Facebook and Twitter has warned that tech companies could stop offering their services in Hong Kong if the Chinese territory proceeds with plans to change privacy laws. The warning came in a letter sent by the Asia Internet Coalition, of which all three companies, in addition to Apple Inc , LinkedIn and others, are members.

Proposed amendments to privacy laws in Hong Kong could see individuals hit with “severe sanctions”, said the June 25 letter to the territory’s privacy commissioner for personal data, Ada Chung Lai-ling, without specifying what the sanctions would be. “Introducing sanctions aimed at individuals is not aligned with global norms and trends,” added the letter, whose contents were first reported by the Wall Street Journal.

“The only way to avoid these sanctions for technology companies would be to refrain from investing and offering their services in Hong Kong, thereby depriving Hong Kong businesses and consumers, whilst also creating new barriers to trade.”

Gunmen in Nigeria have kidnapped at least 140 schoolchildren in the north-west of the country, police say. At least eight people were also abducted from the National Tuberculosis and Leprosy Centre in Zaria early on Sunday morning. Two nurses and a 12-month-old child were among those seized, said a hospital worker.

There has been a recent spate of abductions from schools and universities for ransom. On Monday, reports emerged of another mass kidnapping from a school near Kaduna city, about 80km (50 miles) south-west of Zaria. The mother of a 15-year-old girl who was kidnapped from Bethel Baptist School told that 140 schoolchildren had been seized by a large group of armed men who arrived on motorbikes and broke down the fence.

In a statement, police said gunmen “overpowered the school’s security guards and made their way into the students’ hostel where they abducted an unspecified number of students into the forest”. A total of 26 people – including a female teacher – had been rescued, the statement said. A local Christian leader said there were 180 students in the school, only 20 of whom had been accounted for so far. However, he said some of them may have escaped.

Police said gunmen involved in the hospital attack in Zaria, thought to be from local criminal groups, opened fire on a police station in the city. While they were engaged in the shootout, another group attacked the hospital.

“The attack on the police station was a distraction whilst another group attacked the dormitories of the health centre workers,” a local resident told AFP news agency. The group escaped with the victims into a nearby forest. (BBC)

Three more bodies were found in the debris of a partially collapsed Miami-area condominium on Monday, bringing the total confirmed dead to 27, after the remaining parts of the complex were demolished overnight.

The bodies were found after suspended search-and-rescue efforts resumed following the managed demolition of the remaining part of Champlain Towers South complex in Surfside, where many remain missing, authorities told Reuters.

At about 10:30 p.m. local time on Sunday, explosives brought down the rest of the partially collapsed 12-story building in Surfside that initially crumbled on June 24. Video footage of the managed implosion showed the structure falling and throwing up plumes of smoke.

Using a method called “energetic felling,” crews employed small, strategically placed small explosives and relied on gravity to bring down the building in place, said Miami-Dade County Mayor Daniella Levine Cava. Search-and-rescue efforts had been called off during the demolition. Those efforts will resume as soon as it is deemed safe, Cava told reporters earlier on Sunday.

As of Monday morning, Tropical Storm Elsa was nearing Cuba with sustained winds peaking near 60 mph (100 kph) and was set to churn across the country on its way to Florida. It was moving northwest at 14 mph (22 kph), said Cuba’s Meteorology Institute. The storm was forecast to approach western Florida on Tuesday or Wednesday.

Ahead of the demolition, residents in nearby buildings were told they did not need to evacuate but were instructed to stay indoors and turn off air conditioning due to dust. Investigators have not determined what caused the 40-year-old complex to collapse.

A 2018 engineering report found structural deficiencies that are now the focus of inquiries that include a grand jury examination. All residents of another building, Crestview Towers in North Miami Beach, were told on Friday to leave immediately after engineers found serious concrete and electrical problems, officials said. (Reuters)

The Board of Directors of the Bahrain Journalists’ Association (BJA) has expressed deep pride in the great role played by the Bahraini press and national media in developing society in all sectors and pushing the sustainable development march forward.

The panel affirmed that they have always represented the first line of defence in the face of all challenges in a responsible patriotic spirit, consolidated and strengthened by the comprehensive development spearheaded by His Majesty King Hamad bin Isa Al Khalifa.

BJA’s board voiced deep concern over the hollow allegations and false accusations that have been circulating over the past days on social media network, stressing that they are baseless and unaccepted, as they are attempts to defame Bahraini journalists with treason, distort their reputation, undermine their achievements and cast doubt on their pure national reference in local and even external media outlets.

BJA’s Board of Directors strongly condemned and denounced the attempts to defame the press community to achieve goals that are alien to the journalistic profession and distort the image of the national press at home and abroad, indicating that the matter is about the election of BJA’s president and board of directors, based on BJA’s statute, and has nothing to do with the claimed attempts to topple the board or conspire against it.

The panel explained that the current BJA board session had expired in January 2021, and that the elections were postponed by six months because of the exceptional circumstances created by the novel Coronavirus, noting that the Ministry of Information Affairs agreed to hold the elections after the end of six months, and that all procedures and arrangements are underway to hold BJA’s General Assembly to elect board members by the end of this month.

In its statement, BJA’s board deplored the ongoing attempts to offend the press in the kingdom and politicise BJA’s professional work, calling on BJA members and mass media not to publish such rumours that seek no good to BJA or the Bahraini press, whose long history stands witness to Bahraini journalists’ patriotic stances.

Most COVID rules set to end in England, says PM