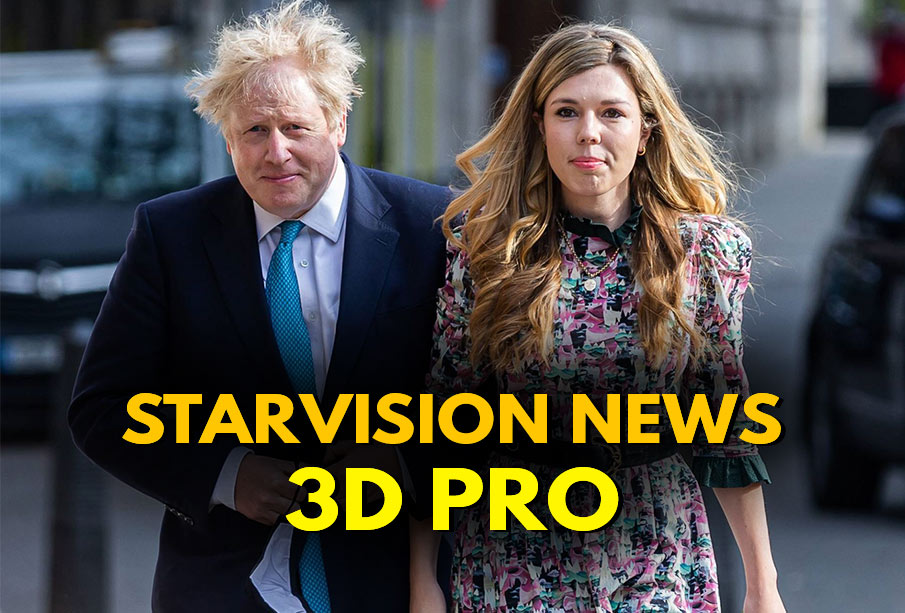 British Prime Minister Boris Johnson married his fiancee Carrie Symonds in a secret ceremony at Westminster Cathedral on Saturday, the Sun and Mail on Sunday newspapers reported. A spokeswoman for Johnson’s Downing Street office declined to comment on the reports.

The Sun said guests were invited at the last minute to the central London ceremony, and said even senior members of Johnson’s office were unaware of the wedding plans. Weddings in England are currently limited to 30 people due to COVID-19 restrictions.

The Catholic cathedral was suddenly locked down at 1:30 p.m. (1230 GMT) and Symonds, 33, arrived 30 minutes later in a limo, in a long white dress with no veil, both reports said.

Johnson, 56, and Symonds, 33, have been living together in Downing Street since Johnson became prime minister in 2019. Last year they announced they were engaged and that they were expecting a child. Their son, Wilfred Lawrie Nicholas Johnson, was born in April. The Sun had previously reported that wedding invitations had been sent to friends and family for July 2022.

The remains of 215 children, some as young as three years old, were found at the site of a former residential school for indigenous children, a discovery Canadian Prime Minister Justin Trudeau described as heartbreaking on Friday.

The children were students at the Kamloops Indian Residential School in British Columbia that closed in 1978, according to the Tk’emlúps te Secwépemc Nation, which said the remains were found with the help of a ground penetrating radar specialist.

The report documented horrific physical abuse, rape, malnutrition and other atrocities suffered by many of the 150,000 children who attended the schools, typically run by Christian churches on behalf of Ottawa from the 1840s to the 1990s. It found more than 4,100 children died while attending residential school. The deaths of the 215 children buried in the grounds of what was once Canada’s largest residential school are believed to not have been included in that figure and appear to have been undocumented until the discovery.

The governorates’ police directorates, the Operation Room at the Public Security Presidency and the relevant security directorates have stepped up their field campaigns at markets and commercial sites to ensure full compliance with all decisions issued by the Government Executive Committee for the aim of mitigating COVID-19 effects and protecting public health.

The move is in line with the decisions of the Government Executive Committee on closing all industrial and commercial outlets that deliver direct products and services to the public from May 27 to June 10, and part of the Interior Ministry’s commitment to undertaking its responsibilities of implementing the law and protecting safety.

On the other hand, the Community Police also carried on its efforts to regulate and facilitate entry to mosques to perform prayers according to the precautionary measures in force. The police directorate also continued their efforts to ensure facemask wearing at all sites, as well as providing the necessary assistance for the representatives of the Health Ministry and the Ministry of Industry, Commerce and Tourism while reinforcing the closure decisions, ensuring social distancing and full compliance with the precautionary measures. The relevant security directorates have taken the necessary measures against gatherings at public places and beaches.

Authorities in Vietnam have detected a new coronavirus variant that is a combination of the Indian and UK COVID-19 variants and spreads quickly by air, the health minister said on Saturday.

After successfully containing the virus for most of last year, Vietnam is grappling with a rise in infections since late April that accounts for more than half of the total 6,856 registered cases. So far, there have been 47 deaths.

The World Health Organization (WHO) has identified four variants of SARS-CoV-2 of global concern. These include variants that emerged first in India, Britain, South Africa and Brazil.

Based on the Civil Service Bureau (CSB)’s instructions 4/2021 regarding the mandatory periodic Rapid Antigen Tests for government employees at workplaces, the Information Affairs Ministry held a training workshop for the period testing team. 20 volunteers and the Ministry’s employees attended the workshop, presented by the international expert, Hassan Al-Nuaimi.

The workshop reviewed mechanisms to deal with rapid tests, in addition to the best practices in organising medical testing campaigns and ensuring the safety of employees. It also included practical training for the team on how to take samples and analyse them in a safe and fast manner to ensure the safety of everyone. The participants were also trained on ways to deal with positive samples.

Abu Dhabi Department of Health (DoH) has announced that it will provide free booster jabs of the Sinopharm vaccine against COVID-19. The booster dose will be administered to all those recipients who had received their second dose of the vaccine a minimum of six months ago.

As part of its continuous efforts to protect public health, DoH will offer the free booster doses by walk-in at any of the more-than-100 vaccination centres across Abu Dhabi.

Mentorship Forum Middle East (MFME) 2021 on Saturday announced that Bahrain Mumtalakat Holding Company , the sovereign wealth fund of the Kingdom of Bahrain, has partnered with the Forum for its second edition, “Prioritising Mentorship in a New World”, that will take place as a hybrid event in Bahrain in November 2021.

As a Forum Partner, Mumtalakat’s vast experience in the field of training and development of human capital will play a key role in raising awareness of the importance of mentorship in accelerating career progression and professional growth for the next generation of business leaders in Bahrain and across the region.

Ms. Marwa Al Saad, Head-Human Capital at Mumtalakat joins the Forum’s “Think-Tank” that comprises prominent regional and international business leaders and talent development experts, who will assist in setting the event’s agenda. In line with this year’s theme, topics to be explored will include workplace changes and challenges caused by the Covid-19 pandemic, gaps in training and development and the part mentorship can play in ensuring talent development goals are on track in the new working world.

Commenting on the partnership, Ms. Al Saad, said, “At Mumtalakat, we strongly believe that mentorship is vital to building an engaged and motivated team, and to fostering a high-performance culture that is fueled by trust, transparency, inclusiveness, and a growth mindset. We are happy to partner with the Forum and look forward to exchanging expertise with counterparts on developing and furthering mentorship programmes that actively support and contribute to advancing employees’ skills, careers and overall development.”

Ms. Zahraa Taher, Managing Director of FinMark Communications, the Forum’s Founder and Organiser, added, “We’re delighted to welcome Mumtalakat as a Forum Partner for the 2021 edition. With stakes in over 60 commercial enterprises, the success of Mumtalakat has been driven by the strong talent it employs and whose development it actively supports. We are certain that their experience and commitment to human capital development will aid both organisations and professionals to better understand the concept of mentorship and how it can be used to create and drive value, opportunity and growth.”

The Forum’s inaugural event in 2019 witnessed the participation of more than 250 senior HR and mentorship practitioners as well as C-suite leaders from across various sectors.

Chief of the Ministries and Public Entities’ Prosecution said that the Public Prosecution had completed its investigations into the dolphin catching case at Bahrain’s territorial waters, and referred four defendants to trial.

Case documents reveal that the Public Prosecution had received a notification from the Coast Guard Command, indicating that some suspects had caught dolphins at Bahrain’s territorial waters in order to hand them over to a dolphin-show facility, in agreement with the latter’s manager. The Coast Guard Command also indicated that it had monitored the handover of one dolphin to the facility’s staff, and that it had found three dolphins at the facility during its visit to it.

The Public Prosecution interrogated the suspects, and requested a report by the specialists of the Supreme Council for Environment. The report said that it had visited the facility six months ago and found no dolphins there. It also affirmed that no permits to import dolphins have been issued to the facility over the past six months.

The Public Prosecution ordered the seizure of the boat used in catching the dolphins and the vehicle used to transport one of the dolphins. It also ordered the four defendants to stand trial on June 2. The Chief Prosecutor asserted that fishing dolphins at the kingdom’s territorial waters is banned as per the Constitution in order to protect the environment and natural resources.