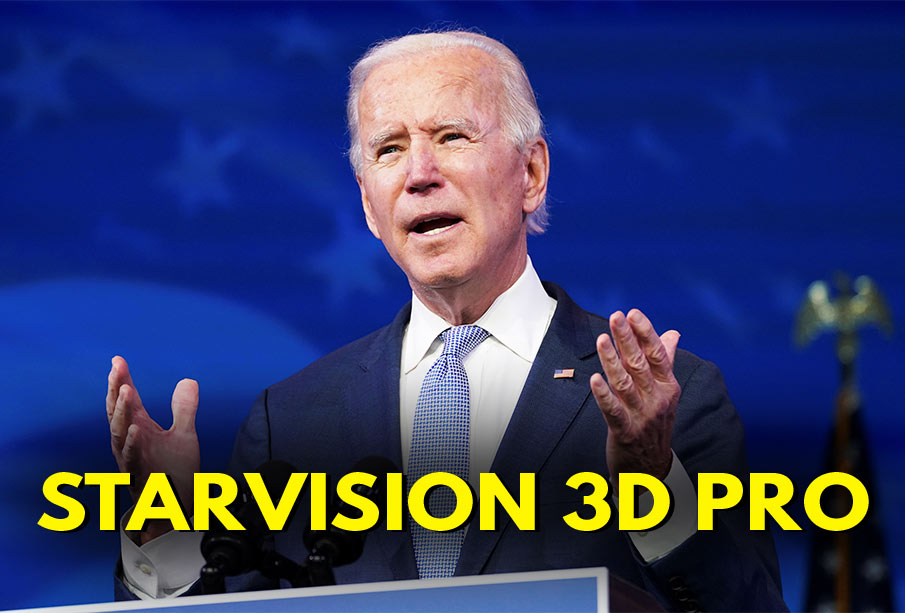 President Joe Biden ordered aides to find answers to the origin of the virus that causes COVID-19, saying on Wednesday that U.S. intelligence agencies are pursuing rival theories potentially including the possibility of a laboratory accident. Intelligence agencies are considering two likely scenarios but still lack strong confidence in their conclusions and are hotly debating which is more probable, Biden said.

The conclusions were detailed in a report to Biden, who asked his team in March to detail whether the novel coronavirus “emerged from human contact with an infected animal or from a laboratory accident,” according to the president’s written statement. Biden’s unusual public disclosure about private and inconclusive U.S. intelligence assessments revealed a debate raging within his administration over where the novel coronavirus originated.

China’s embassy in the United States said late on Thursday that politicizing the issue would hamper investigations into the origins of COVID-19. China supports “a comprehensive study of all early cases of COVID-19 found worldwide and a thorough investigation into some secretive bases and biological laboratories all over the world,” the embassy said in remarks attributed to a spokesperson, posted on its website.

Speaker of the Council of Representatives and Chairperson of the Executive Committee of the Parliamentary Delegation, Fawzia bint Abdulla Zainal, has asserted that under the leadership of His Majesty King Hamad bin Isa Al Khalifa, Bahrain has taken proactive steps since the spread of the novel Coronavirus (COVID-19), and charted its course of action based on the established national fundamentals in respecting human rights and public freedoms.

As a result, the kingdom achieved fruitful results in mitigating the repercussions of the pandemic and providing the internationally-authorised vaccines for all the citizens and residents free of charge, earning the acclaim and admiration of other countries and international organisations, she said. The speaker made the statements while addressing a session of the 142nd Assembly of the Inter-Parliamentary Union (IPU), which focused on “renewed multilateral cooperation and dialogue to tackle global challenges, including possible future pandemics.”

She indicated that the national action in the kingdom has been based on solid Legislature-Executive cooperation and the concerted efforts of Team Bahrain, led by His Royal Highness Prince Salman bin Hamad Al Khalifa, the Crown Prince and Prime Minister, in order to achieve stability for the country and society at all levels. She pointed out that the pandemic has affected all countries, which requires concerted collective global efforts to achieve the secure goals for all parts of the world. She stressed that the most important lesson learnt from the current crisis is that humanity will not be able to reach sustainable future goals, unless it tends to achieve equality as much as possible, and moves faster to unify efforts and energies, to ensure that the vaccine reaches all equally, based on a common human destiny.

The Speaker noted that parliamentarians, as representatives of peoples, are required to look for practical measures and come up with effective recommendations, including the mechanisms to be put in place to ensure that the citizens of low-income countries have access to treatment and vaccines, as achieving a balance is needed in order to reach societal immunity, and prevent the emergence of more strains and mutations of the virus. She backed the tendency of some countries to urge the World Trade Organisation to temporarily waive intellectual property rights for Covid-19 vaccines in order to increase vaccine production. The speaker called on parliaments to support the role of the UN and its organisations and agencies in addressing the issues related to sustainable development.

U.S. President Joe Biden’s $715 billion Department of Defense budget will shift funding from old systems to help modernize the nuclear arsenal to deter China, while also developing future warfare capabilities, people familiar with the budget said. The defense spending request, which will be sent to Congress on Friday, is expected to contain investments in troop readyness, space, the Pacific Deterrence Initiative aimed at countering China’s military build-up in the region and nuclear weapons technology, the people said.

The budget request would buy ships, jets and pay for maintenance and salaries, but an additional $38 billion is earmarked for defense-related programs at the Federal Bureau of Investigation, Department of Energy and other agencies bringing the national security budget to $753 billion, a 1.7% increase over the 2021 figure. There will also be money to further develop and test of hypersonic weapons and other “next generation” weapons systems as the military aims to build capabilities to counter Russia and China. President’s budget requests, including those for the military, are commonly a starting point for negotiations with Congress which ultimately decides how funds are spent.

The Pacific Deterrence Initiative, created to counter China, focuses on competition in the Indo-Pacific and aims to boost U.S. preparedness in the region through funding radars, satellites and missile systems. To pay for this, people familiar with the shift said, the Pentagon is seeking to divest some of its older equipment with higher maintenance costs including four Littoral Combat Ships, several A-10 aircraft which provide close air support to ground troops, as well as the number of KC-10 and KC-135 planes in the mid-air refueling fleets.

Tensions with an increasingly assertive China are on the minds of U.S. military planners. Bejing accused the United States last week of threatening the peace and stability of the Taiwan Strait after a U.S. warship again sailed through the sensitive waterway. The U.S. Army’s goal for troops in the budget was reduced very marginally, the people said. Among the Pentagon’s competing priorities, the Biden administration will request 85 stealthy F-35 fighter jets made by Lockheed Martin, the people said. The 2021 and 2020 presidential budgets requested 79 and 78 of the jets respectively, ultimately Congress authorized additional fighters. Senators and governors have come out to support the jet which has a huge industrial base.

Planning is already underway for the 94th Oscars, which will be held on March 27, 2022, the film academy and ABC said Thursday. The show will return to the Dolby Theatre for its ABC broadcast and the eligibility window will once again close at the end of the calendar year, said AP.

This past year, the academy extended the eligibility window into February and canceled non-televised events like the Governors Awards and the Nominees Luncheon because of the pandemic. All those trimmings are now back on the schedule, with the Governors Awards set for Jan. 15 and the luncheon to be held on March 7. Nominations will be announced on Feb. 8.

The academy said, however, that dates remain subject to change. The organization is also acknowledging that the movie business is still being impacted by the pandemic and are extending the streaming eligibility caveat if they adopted last year into the 2021 awards season. That means that films don’t necessarily have to have a theatrical run to qualify and can debut on streaming or video on demand services.

The end of March broadcast date is much later than usual for Hollywood’s biggest awards show. Originally the 94th edition was set to air on Feb. 27, but that month is also crowded with major live events, including the 2022 Olympics and the Super Bowl.

Zinedine Zidane has decided to leave his position as coach of Real Madrid, the Spanish club said Thursday in confirming weeks of speculation surrounding his future. “We must now respect his decision and express our gratitude for his professionalism, dedication and passion over the years and what he means to Real Madrid,” the club said in a statement.

The French coach had a contract until June 2022, but had reportedly already told Real Madrid players earlier in May he would leave at the end of the 2020-21 season, dpa reported.

“Zidane is one of Real Madrid’s great icons and his legacy extends beyond what he has achieved as a coach and player at our club,” Real said. “He is aware that he has a place in the hearts of the Real Madrid fans and that he will always have a home at Real Madrid.”

In his first spell at the club from January 2016 to May 2018, Zidane secured three consecutive Champions League titles and won the Spanish league once. His second term was not as successful as the first, but after his return in March 2019, he led Madrid to La Liga title in 2020. In 113 games, he had 67 wins, 25 draws and 20 defeats. This season, however, Zidane and Madrid finished without a trophy, which meant Real didn’t win a title for the first time in 11 years.

They were second in La Liga, two points behind champions and city rivals Altetico Madrid. In the Champions League, Zidane and his side were knocked out by Chelsea in the semi-finals after they already had been eliminated of the Spanish Cup by third division side Alcoyano in the third round.

The Spanish giants are yet to announce a new coach. Massimiliano Allegri was pointed out as a top favourite, but he will reportedly return to Juventus, where he won five consecutive Italian league titles.

Antonio Conte is reportedly also a target after he left Italian champions Inter Milan on Wednesday, while former club striker Raul Gonzalez has been linked with the post.

Raul is currently the coach of Real Castilla, Madrid’s team B, a post also held by Zidane before he was first promoted to the top job.

Bahrain today bowed out in the semi-final of the 2021 Arab Futsal Cup in Egypt. The national team lost 6-0 to Morocco in the match which was played in the Hassan Mustapha Complex in Cairo. Bahrain had qualified to the semi-final after finished second in Group A topped by Egypt, totaling six points from two wins and one defeat.