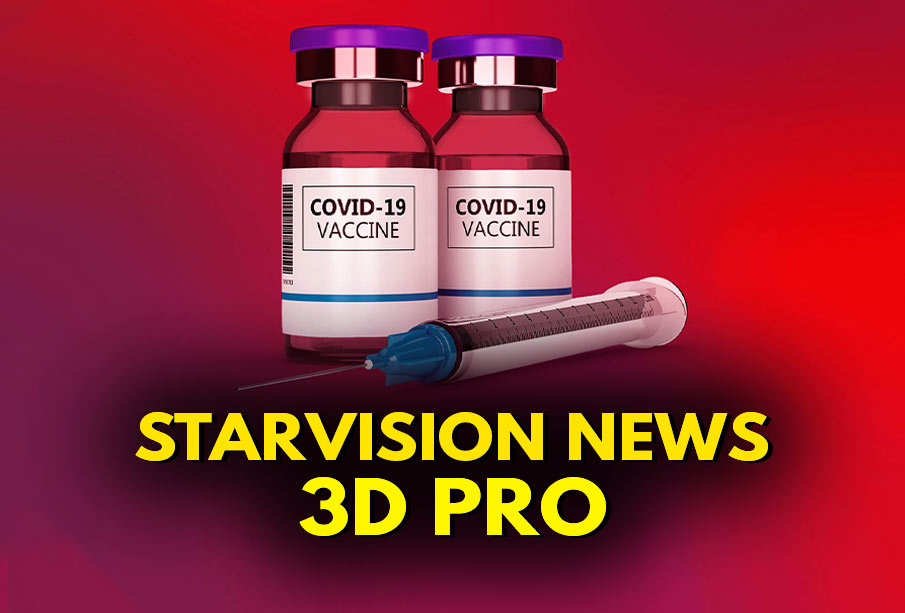 Leaders of the major industrial nations have pledged one billion Covid vaccine doses to poor countries as a “big step towards vaccinating the world”, Boris Johnson has said. At the end of the G7 summit in Cornwall, the PM said countries were rejecting “nationalistic approaches”. He said vaccinating the world would show the benefits of the G7’s democratic values.

There was also a pledge to wipe out their contribution to climate change. After the first meeting of world leaders in two years, Mr Johnson said “the world was looking to us to reject some of the selfish, nationalistic approaches that marred the initial global response to the pandemic and to channel all our diplomatic, economic and scientific might to defeating Covid for good”. He said the G7 leaders had pledged to supply the vaccines to poor countries either directly or through the World Health Organization’s Covax scheme – including 100 million from the UK.

The communique issued by the summit pledges to “end the pandemic and prepare for the future by driving an intensified international effort, starting immediately, to vaccinate the world by getting as many safe vaccines to as many people as possible as fast as possible”. It also includes steps to tackle climate change, with leaders re-committing to the target of reaching net zero greenhouse gas emissions by 2050 at the latest and pledging to eliminate most coal power.

Mr Johnson rejected suggestions the vaccines pledge was a moral failure by the G7 as it was not enough to cover the needs of poorer countries. He referred to the the UK’s involvement in the development of the Oxford-AstraZeneca vaccine.

“Already of the 1.5 billion vaccines that have been distributed around the world, I think that people in this country should be very proud that half a billion of them are as a result of the actions taken by the UK government in doing that deal with the Oxford scientists and AstraZeneca to distribute it at cost,” he said.

He added that “we are going flat out and we are producing vaccines as fast as we can, and distributing them as fast as we can”. The target to vaccinate the world by the end of next year would be met “very largely thanks to the efforts of the countries who have come here today”, Mr Johnson said.

World leaders meeting in Cornwall are to adopt strict measures on coal-fired power stations as part of the battle against climate change. The G7 group will promise to move away from coal plants, unless they have technology to capture carbon emissions. It comes as Sir David Attenborough warned that humans could be “on the verge of destabilising the entire planet”. He said G7 leaders faced the most important decisions in human history.

The coal announcement came from the White House, which said it was the first time the leaders of wealthy nations had committed to keeping the projected global temperature rise to 1.5C. That requires a range of urgent policies, chief among them being phasing out coal burning unless it includes carbon capture technology.

Coal is the world’s dirtiest major fuel and ending its use is seen as a major step by environmentalists, but they also want guarantees rich countries will deliver on previous promises to help poorer nations cope with climate change. The G7 will end the funding of new coal generation in developing countries and offer up to £2bn ($2.8bn)to stop using the fuel. Climate change has been one of the key themes at the three-day summit in Carbis Bay, Cornwall.

The Public Health Department of the Ministry of Health has reported 46 violations as it continued its inspection visits to ensure full application of precautionary measures to address COVID-19.

The restaurants and cafés were referred to the relevant authorities for legal action.

The department on Saturday inspected an additional 211 establishments in its campaign to ensure public health and safety.

Establishments that failed to meet the required standards were warned to address the issues and rise up to the needed responsibility levels and implement anti-COVID measures.

HH Shaikh Nasser bin Hamad Al Khalifa posted the photos on his Instagram account, commenting “training with the first sport supporter HM the King, May God Almighty bless him with long life. See how lucky we are”.

Hours before releasing the photos, HH Shaikh Nasser bin Hamad Al Khalifa posted a video clip in which he appeared donning the Team Bahrain Victorious jersey. “Everyone knows this is a cycling dress, but I want you to predict who the practice will be with”, he commented.

G7 leaders on Sunday scolded China over human rights in its Xinjiang region, called for Hong Kong to keep a high degree of autonomy and demanded a full and thorough investigation of the origins of the coronavirus in China.

After discussing how to come up with a unified position on China, leaders issued a highly critical final communique that delved into what are for China some of the most sensitive issues, including also Taiwan.

The re-emergence of China as a leading global power is considered to be one of the most significant geopolitical events of recent times, alongside the 1991 fall of the Soviet Union that ended the Cold War.

China’s rise has also unnerved the United States: President Joe Biden casts China as the main strategic competitor and has vowed to confront China’s “economic abuses” and push back against human rights violations.

“We will promote our values, including by calling on China to respect human rights and fundamental freedoms, especially in relation to Xinjiang and those rights, freedoms and high degree of autonomy for Hong Kong enshrined in the Sino-British Joint Declaration,” the G7 said. The G7 also called for a transparent, expert-led Phase 2 COVID-19 Origins study including in China, to be convened by the World Health Organization (WHO).

Biden said it was not yet certain whether or not “a bat interfacing with animals and the environment… caused this COVID-19, or whether it was an experiment gone awry in a laboratory”.

Before the G7 criticism emerged, China pointedly cautioned G7 leaders that the days when “small” groups of countries decided the fate of the world were long gone. The G7 also underscored “the importance of peace and stability across the Taiwan Strait, and encourage the peaceful resolution of cross-Strait issues”.

“We remain seriously concerned about the situation in the East and South China Seas and strongly oppose any unilateral attempts to change the status quo and increase tensions,” they said.

BRAVE CF leads the way as Number One promotion in Europe

BRAVE CF was established with a vision to reform the MMA industry from an event business to a sports business, and give opportunities to fighters and the entire industry around the world regardless of marketability, language, nationality or religion. His Highness Shaikh Khaled’s vision believed that talent should be the only variable and with that vision achieved what other promotions only dreamed of.

The fastest growing promotion in the world identified Europe as an important market in 2020 and broke combat sports history by being the only global promotion in the world to host 7 events in Europe in one year. The accomplishment’s magnitude was magnified as it occurred during the COVID-19 pandemic when most promotions stopped hosting events or left the continent entirely.

Earlier this year, BRAVE CF returned to Europe with their 46th edition taking place in Sochi, Russia and reignited the European MMA scene with an event headlined with the defense of the Super Lightweight World Title by Eldar Eldarov and the return of the biggest Russian MMA phenom Ali Bagautinov. The event sent waves across the continent, and the growth of BRAVE CF became exponential.

After reaching the 50th event landmark in the promotions headquarters in the Kingdom of Bahrain, BRAVE CF returned on the road and activated the European scene once again with BRAVE CF 51 in Minsk, Belarus and bringing up the next generation of Belarusian mixed martial arts fighters.

With 80+ active European fighters from 30+ countries, BRAVE CF currently has the largest active market share in Europe active in more than three European regions and the biggest scouting network in the continent. It has hosted events in 7 European countries — Northern Ireland, England, Romania, Sweden, Slovenia, Russia, and Belarus — and is continuing the journey with an event in Milan, Italy on August 1st. BRAVE CF’s future in the MMA industry looks bright as it continues expanding across the globe and making its way up towards becoming the biggest promotion in the world.

Aluminium Bahrain B.S.C. (Alba), the world’s largest aluminium smelter ex-China, today launched the first-of-its-kind Campaign ‘Achieving the Balance’ that focuses on Environment, Social and Governance (ESG) matters. With this Campaign, Alba joins its peers in the GCC to mark the ESG Week under the umbrella of the Gulf Aluminium Council (GAC).

Alba’s ESG Campaign ‘Achieving the Balance’ will be held virtually until 17 June 2021 and focus on its sustainable initiatives that are aligned with Bahrain’s Economic Vision 2030.

Speaking about the ESG Campaign, Alba’s Chief Executive Officer, Ali Al Baqali said: “Global challenges such as Climate Change, Environment Conservation, Clean Energy and COVID-19 pandemic have prompted a sense of urgency to rebalance ESG matters. In Alba, we want to be the ESG change we want to see in the world. As one of the leading companies in Bahrain, we can only produce responsibly by achieving the balance between our business activities and sustainable initiatives.”

BRAVE CF leads the way as No. 1 promotion in Europe

Gulf CX signs more than US$ 10 million worth of contracts