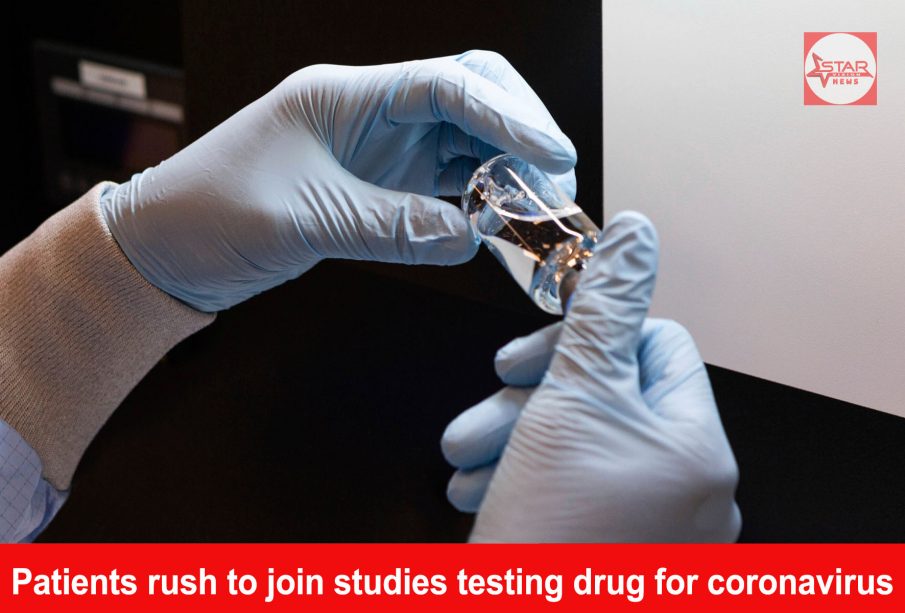 Coronavirus patients around the world have been rushing to join remdesivir studies, an experimental drug that’s shown promise against some other coronaviruses, that opened in hospitals in the last few weeks, The Associated Press (AP) reported.

Interest has been so great that the U.S. National Institutes of Health is expanding its study, which has nearly reached its initial goal of 440 patients. The drug’s maker, California-based Gilead Sciences, is quickly ramping up its studies, too.

Gilead has given remdesivir to more than 1,700 patients on a case-by-case emergency basis, but more people ultimately will be helped if the company does the needed studies to prove safety and effectiveness, chief executive Dan O’Day wrote in a recent letter to the public.

Gilead supplied remdesivir for two studies in China expected to give results by the end of the month. It also launched two studies for hospitalized patients in the U.S., Asia, Europe and elsewhere.

One in severely ill patients tests five versus 10 days of treatment. Another in moderately sick patients compares those two options to standard care alone.

Lebanon asks the world for help amid new coronavirus