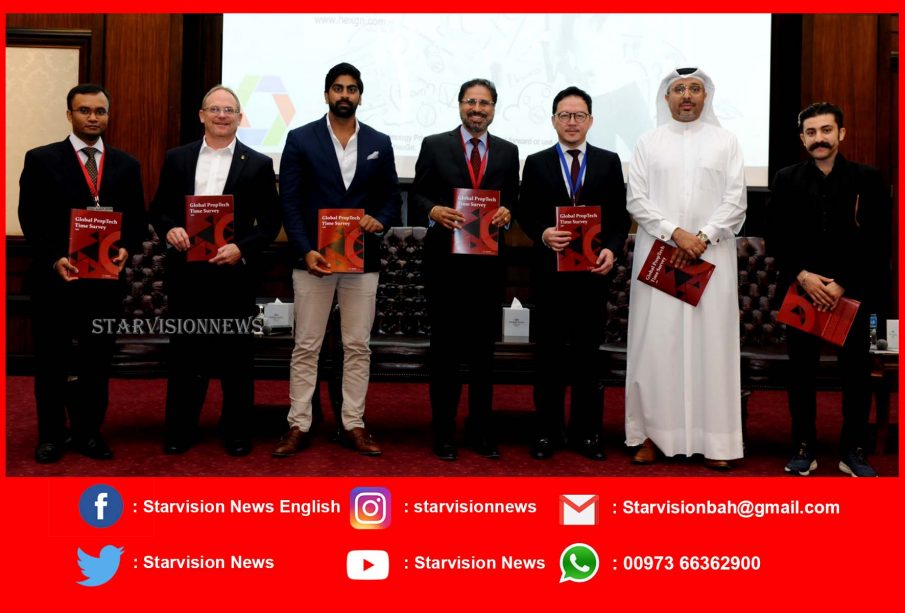 Manama: The much-awaited GCC PropTech Time Summit 2019 held on 17th September saw industry experts from around the world convening for carefully curated and power-packed sessions about proptech. The event was organised by Bahrain Economic Development Board and HexGn, with sponsorship support of Diyar Al Muharraq and in partnership with JLL, RICS, and Arabnet.

The event was kicked off with a keynote address by Ahmed Alammadi, the CEO of Diyar Al Muharraq, setting an exciting pace for the rest of the summit. Addressing the opportunities in Bahrain, the event also featured a session by Ali Murtaza, the Director of Real Estatate and Tourism at Bahrain EDB, which enriched the attendees about the fecund business landscape in the Kingdom. The Summit saw some interesting insights come out through the round tables and also witnessed an array of innovative startups pitching for funds during the event. The GCC PropTech Time Summit 2019 served as a platform for the unveiling of the results of a PropTech Survey conducted by HexGn as well. 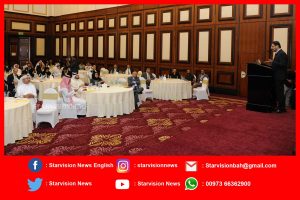 The real estate sector is one of five sectors that the EDB is focusing on developing it as part of its mission to attract and direct investments in order to create jobs in the Kingdom.The GCC PropTech Time Summit 2019 has activated a new proptech energy within the Bahraini ecosystem, sparking growth and conversations around proptech in Bahrain.

The GCC PropTech Time 2019 featured the unveiling of an insightful report based on a survey conducted by HexGn. The report identified the key technologies that have the potential to disrupt the real estate industry in the next five years. While currently proptech solution in Sales & Leasing, Planning & Design, and Property Management are the most sought after by the industry, technology advancements in New Building Materials, AI & Big Data, IoT & Sensors, and Drones are considered to have the most impact in real estate industry, according to the report. In general, the majority of the real estate professionals across the lifecycle segments believe that the industry will face disruption due to technology in 4-7 years. Further, the report also finds that almost 80% of the industry considered proptech as an opportunity that is yet to be fully tapped, but only half the industry seems to be ready to embrace technology with a documented plan and allocated budget. Among the segments, Asset Managers, followed by Advisor/ Consultants and Construction Managers are most ready to adopt proptech solutions. 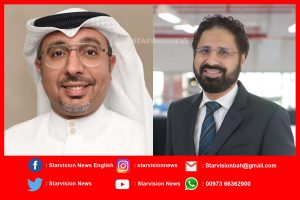 Entrepreneurs planning to be a part of the Bahraini proptech segment are offered several benefits. The country has been the friendliest to those in business among all the places in the region. For startups, there is an ample availability of local talent as well as a robust digital infrastructure for leading their tech-based quests in the Bahraini ecosystem. Some of the top talent in the MENA region reside in Bahrain, offering startups here one of the biggest resources for any business – quality human capital.

That aside, the Kingdom is among the most expat friendly place in the MENA region. The standard of living and working here is unmatched. In most sectors, foreigners can enjoy a 100% ownership rights making it one of the most appealing places in the Gulf for doing business.

Ali Murtaza, the Director of Real Estate and Tourism at Bahrain EDB, commented, “Bahrain has time and again proved to be fertile for businesses especially for the tech-driven industries and is doing the same for proptech. The Bahraini ecosystem can help proptech players grow at an unmatched rate, as it has no dearth of any of the startup-essential resources.”

“Bahrain’s ecosystem and business landscape has an edge over the other hubs in the region as per the findings by HexGn. The investment and revenue flow in the proptech segment can be expected to see an impressive growth in the coming years. The GCC PropTech Time Summit 2019 has further propelled this growth”, said Jappreet Sethi, CEO of HexGn.

CEO of Diyar Al Muharraq, Eng. Ahmed Alammadi said, “We are pleased with our participation in this prestigious event which was a great platform for leading experts, officials and decision makers from the real estate and technology sector to network, develop business relationships, enhance communication and exchange knowledge. Our participation was in line with our commitment towards the Kingdom of Bahrain to elevate the standards of technology in the real estate sector.”

Ms. Eman Al Mannai, VP Sales & Marketing at Golden Gate, highlighted the importance of such conferences and workshops on the importance of technology and its integration with Real Estate – which is one of the most vital sectors of any modern economy. 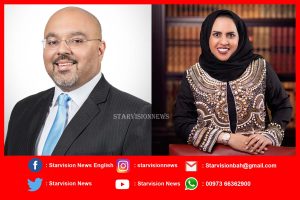 “We at Golden Gate are in constant pursuit of the latest developments in Real Estate technologies that seek to improve the value of this sector.  We are delighted that the kingdom of Bahrain has been selected to host such events and it stands as a testament to the geographical, economic and strategic importance of Bahrain both historically and in modern times as a regional hub for international trade.” Al Mannai said

“Golden Gate commends the support of the Government, the Economic Development Board (EDB) and the Real Estate Regulatory Authority (RERA) for facilitating such seminars and workshops that facilitate creating global partnerships between local and international developers for the benefit of Bahraini citizens and the global investor in the Kingdom of Bahrain” Al Mannai added

According to HexGn, Bahrain is a hotbed of innovation and the top proptech destination in the MENA region. The proptech scenario here is getting fueled continually with the help of the government, academia, and international players. The academia in the Kingdom has been contributing significantly by setting up smart campuses in a bid to make their education system more advanced and to transform it into a source of inspiration for innovation. Local talent is being shaped to help Bahraini ecosystem increase its dependency on homegrown talent by offering courses in entrepreneurship, blockchain, and much more. Additionally, agencies like Tamkeen are already giving impetus to entrepreneurial ventures in Bahrain through an array of schemes and services for easy-hiring of locals for various fields. 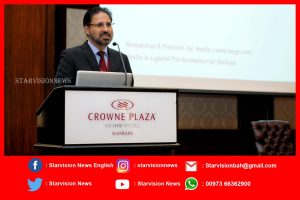 Bahrain Crown Prince meets with the President of the United States, Donald ...

Yashwant Sinha not allowed into Srinagar