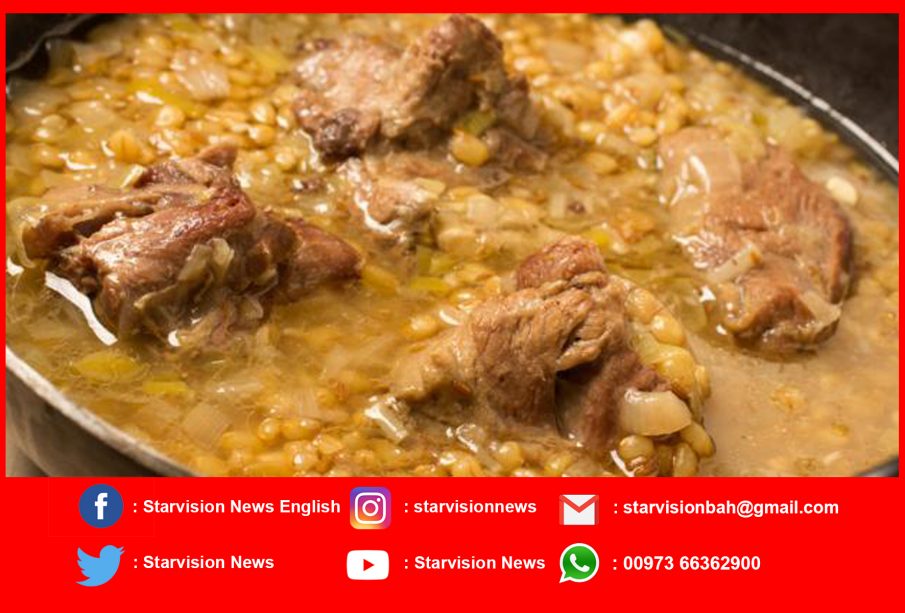 The instructions for lamb stew read more like a list of ingredients than a bona fide recipe: “Meat is used. You prepare water. You add fine-grained salt, dried barley cakes, onion, Persian shallot, and milk. You crush and add leek and garlic.” But it’s impossible to ask the chef to reveal the missing pieces: This recipe’s writer has been dead for some 4,000 years.

Instead, a team of international scholars versed in culinary history, food chemistry and cuneiform (the Babylonian system of writing first developed by the ancient Sumerians of Mesopotamia) have been working to recreate this dish and three others from the world’s oldest-known recipes. It’s a sort of culinary archaeology that uses tablets from Yale University’s Babylonian Collection to gain a deeper understanding of that culture through the lens of taste.

“It’s like trying to reconstruct a song; a single note can make all the difference,” said Gojko Barjamovic, pointing to the paperback-sized tablets under glass at the Yale Peabody Museum of Natural History. Barjamovic, a Harvard University Assyriology expert, retranslated the tablets and put together the interdisciplinary team tasked with bringing the recipes back to life.

Three of Yale’s tablets date to around 1730BC, and a fourth is from about 1,000 years later. All of the tablets are from the Mesopotamian region, which includes Babylon and Assyria – what is today the regions of Iraq south of Baghdad and north of Baghdad, including parts of Syria and Turkey. Of the older three tablets, the most intact is more of a listing of ingredients that amounts to 25 recipes of stews and broths; the other two, containing an additional 10-plus recipes, go further in depth with cooking instructions and presentation suggestions, but those are broken and therefore not as legible.

The challenge was to peel back the layers of history while also maintaining authenticity amid the limitations of modern ingredients.

“They’re not very informative recipes – maybe four lines long – so you are making a lot of assumptions,” said Pia Sorensen, a Harvard University food chemist who worked, along with Harvard Science and Cooking Fellow Patricia Jurado Gonzalez, on perfecting the proportions of ingredients using a scientific approach of hypothesis, controls and variables.

The food scientists used what they know about human tastes, preparation essentials that don’t drastically change over time, and what they hypothesised might be correct ingredient proportions to come up with their best guess as to the closest approximation of an authentic recipe.

“This idea that we can be guided by what works – if it’s too liquidy, it’s going to be a soup. By looking at the material parameters, we can zoom in on what it is” – in most cases, a stew, Sorensen said.

What the researchers revealed shows, in part, the evolution of a lamb stew that is still prevalent in Iraq, hand-in-hand with a glimpse back in time at the “haute cuisine of Mesopotamia” that highlights the sophistication of 4,000-year-old chefs, said Agnete Lassen, associate curator of the Yale Babylonian Collection.

The four dishes culled from the list-style tablet also each have unique uses. Pashrutum, for example, is a soup one might serve someone suffering from a cold, Lassen said, though the meaning of this bland broth accented by leek, coriander and onion flavours translates as “unwinding”. Elamite broth (“mu elamutum”), on the other hand, is among two foreign (or “Zukanda”) dishes listed in the tablets, Barjamovic said.

He equates this to the present-day ubiquity of “foreign” dishes like lasagne or skyr or hummus that have been taken out of their homeland and adapted to new palates, and are indicative of contact between neighbouring cultures.

“There is a notion of ‘cuisine’ in these 4,000-year-old texts. There is food which is ‘ours’ and food that is ‘foreign,’” Barjamovic said. “Foreign is not bad – only different, and sometimes apparently worth cooking, since they give us the recipe.”

Though its blood-based broth would be completely forbidden by today’s Islamic and Jewish tradition, the Elamite broth dish originated in what is now Iran, and also uses dill, an ingredient not otherwise mentioned among the tablets, Barjamovic and Lassen said. This is a distinction still apparent today: Iraqi cuisine rarely uses dill, whereas it is common in Iranian cuisine, which may indicate the pattern was established millennia ago, Barjamovic said. Nasrallah notes the “foreign” designation is indicative of trade between the two cultures, and an appreciation for tastes not commonly associated with local cuisine. The Babylonians might have associated the taste of dill with Elamite cuisine in the same way that we associate fresh coriander with Hispanic foods, Nasrallah said.

There’s also an element of showmanship and skill that carries over among chefs through the millennia, the researchers noted. Just as today’s molecular gastronomers might delight in plating a dish to play with diners’ expectations, so, too, did Mesopotamian chefs in preparing elaborate feasts fit for high society. Think: the Ferran Adrià flourish of ancient Assyria.

One dish resembles a chicken pot pie, with layers of dough and chunks of bird smothered by a sort of Babylonian béchamel sauce, said culinary historian and Iraqi cuisine expert Nawal Nasrallah, whose research on medieval Arabic foods helped tie the ancient tablets to later cooking techniques from the same region. Its presentation also contains an element of surprise, she said. The bird dish was served covered by a crusty lid, which diners then opened to reveal the meat inside. It’s a food-within-a-food technique Nasrallah sees repeated in the 10th-Century Baghdadi cookbook Kitab al-Tabikh (“Cookery Book”), describing local medieval traditions, and again in modern Iraqi cuisine.

“Today, in the Arab world and particularly in Iraq, we pride ourselves in stuffed dishes like dolma. We kind of inherited this tendency of showmanship of cooks,” Nasrallah said. “In this way, I was really fascinated by the continuity of the cuisine and what has survived.”

This sophistication of preparation in the Babylonian food includes the use of colourful ingredients like saffron or coriander, parsley and chard to appeal to the eye and the palate, as well as employing a fish sauce sourced from the abundance of the Tigris and Euphrates rivers to add an umami element to the dishes, Nasrallah said. Today’s stews from the region are usually red, from tomatoes (which arrived centuries later), but the flavour elements of cumin, coriander, mint, garlic and onions are still recognisable. Rendered sheep’s tail fat (in Arabic, alya) for instance, was considered a delicacy and an “indispensable ingredient in Iraq, until around the 1960s”, Nasrallah said.

The lamb stew, me-e puhadi, is meant to be eaten with barley cakes crumbled into the liquid, as one might do today with bread to sop up a soup. The scholars’ resulting version of the dish offers a hearty taste and texture teased out from months of trial and error and by using the scientific method of variables and controls to unravel the recipe’s mysteries. They realised, for example, when the inclusion of soapwort, a perennial plant sometimes used as a mild soap, was a mistranslation: adding this ingredient in any measure made the resulting dish bitter, frothy and unpalatable. Similarly, levels of seasonings have a threshold: there is an amount of salt in any dish, whether 4,000 years ago or today, that will render it inedible, they said.

Modern eaters might recognise elements of several cultures’ comfort foods in these Mesopotamian meals. Tuh’u, for instance, uses red beetroots and shares similarities with both the borscht prevalent in Ashkenazi cuisine, as well as a stew prevalent among Iraqi Jews called Kofta Shawandar Hamudh (meatballs with sweet and sour beetroots), according to Nasrallah. The lamb stew, likewise, calls for meat sautéed in sheep-tail’s fat. A close cousin to the stew might be Iraqi pacha, a dish Nasrallah remembers her mother cooking that uses all the parts of the sheep, preparing the carcass in similar ways as are described in the tablets.

“I was really surprised to find that what is a staple in Iraq today, which is a stew, is also a staple from ancient times, because in Iraq today, that is our daily meal: stew and rice with a bread,” Nasrallah said. “It is really fascinating to see how such a simple dish, with all its infinite variety, has survived from ancient times to present, and in those Babylonian recipes, I see not even the beginnings; they already had reached sophisticated levels in cooking those dishes. So who knows how much earlier they began?”