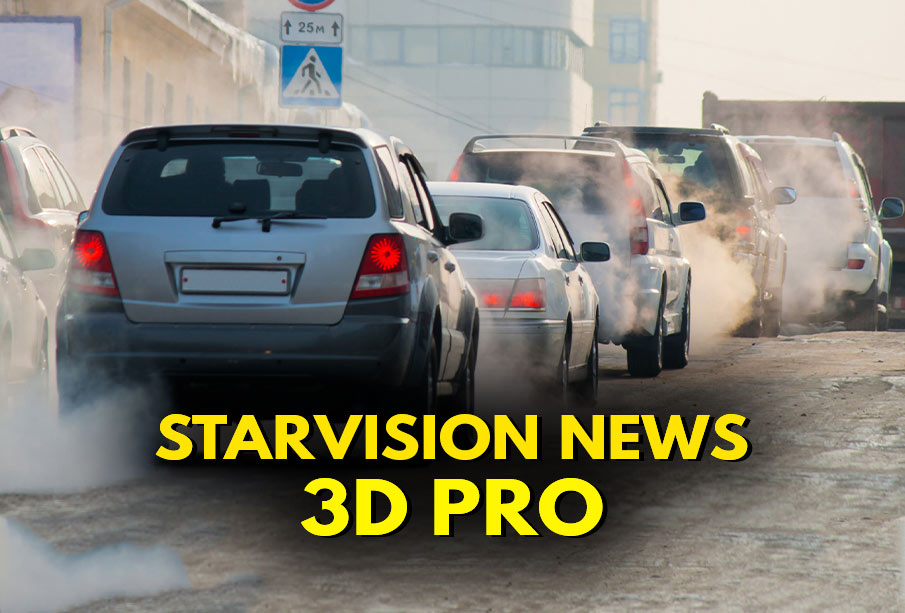 The European Union on Wednesday proposed an effective ban on the sale of new petrol and diesel cars from 2035, aiming to speed up the switch to zero-emission electric vehicles (EVs) as part of a broad package of measures to combat global warming. The EU executive, the European Commission, proposed a 55% cut in CO2 emissions from cars by 2030 versus 2021 levels, much higher than the existing target of a 37.5% reduction by then. It also proposed a 100% cut in CO2 emissions by 2035, which would make it impossible to sell new fossil fuel-powered vehicles in the 27-country bloc.

European car industry association ACEA, however, said banning a specific technology was not a rational way forward, adding that internal combustion engines, hybrids, battery electric and hydrogen vehicles needed to play a role in the transition.

To boost sales EV sales, Brussels also proposed legislation that would require countries to install public charging points no more than 60 kilometres (37.3 miles) apart on major roads by 2025. It foresees 3.5 million public charging stations for cars and vans by 2030, rising to 16.3 million by 2050.

The Economic Development Board (EDB), the country’s Investment Promotion Agency (IPA), was recognised by the international economic development organisation OCO Globalfor its resilience in responding to the challenges posed by the Covid-19 pandemic, ranking 6 th top global IPA with the most resilience to add new source markets in the 2021 OCO Global Innovation Index.

The 2021 OCO Global IPA Innovation Index evaluated 20 leading global IPAs on whether they made a positive change in response to Covid-19 based on strategic planning, operations in new sectors and markets, and use of technology in managing clients’ relationships, virtual events, and conferences.

The EDB’s mandate is to attract investments in order to create jobs in the local market. Despite the challenges faced due to the pandemic, the EDB was able to attract BHD 333 million in direct investments in 2020 which will create over 4,300 jobs over the next three years.

Senate Democrats reached an agreement Tuesday night on a $3.5 trillion budget plan that would expand Medicare, fund climate change initiatives and fulfill other parts of President Joe Biden’s economic agenda that Democrats hope to pass on top of a bipartisan infrastructure bill.

After a lengthy meeting among Democrats on the Senate’s Budget Committee, Majority Leader Chuck Schumer of New York announced the agreement for a budget reconciliation package that would fund what Biden has called “human infrastructure.”

Biden met with Senate Democrats at the Capitol Wednesday to discuss the agreement. “I think we’re going to get a lot done,” he told reporters while leaving the meeting.

The United Arab Emirates on Wednesday become the first Gulf state to open an embassy in Israel, as its envoy hailed the trade and investment opportunities that closer ties would bring at a flag-raising ceremony also attended by Israel’s president.

UAE and Bahrain normalised relations with Israel last year under the “Abraham Accords” crafted by the administration of then-U.S. President Donald Trump. Sudan and Morocco have since also moved to establish ties with Israel. The opening of the UAE embassy, which is situated in the Tel Aviv Stock Exchange, followed the inauguration of Israel’s embassy in the UAE last month.

“Since the normalisation of ties …we have seen for the first time discussions on trade and investment opportunities,” UAE ambassador Mohamed Al Khaja said, after raising his country’s flag outside the building. “We signed major agreements across various fields, including economy, air travel, technology and culture.”

Israeli President Isaac Herzog called the opening of the embassy “an important milestone in our journey towards the future, peace prosperity and security” for the Middle East.

Bahrain elevates to the highest ranking of generations in regulatory environments

In gratitude of the resilience of Bahrain’s regulatory environment, the Kingdom escalates up the regulatory ladder to the highest generation of ICT regulation, fostering affordability in ICT services.

According to the latest 2020 ICT Pricing Trends Report of Measuring Digital Development, issued recently by the International Telecommunication Union (ITU), Bahrain elevates to the highest ranking of generations, from Third to Fourth generation. The report verifies the variety of influences impacting the pricing levels for ICT services in a region; however, one governing influence on overall affordability is the resilience of a regulatory environment.

As found by the ITU study, Bahrain amongst Arab countries, is ranked 2nd for pricings in regard to mobile broadband services, as it maintains affordable fixed broadband rates yet a large – scale data capacity. In addition, Bahrain’s mobile broadband prices account for 1.51% of GNI p.c., whereas fixed broadband prices account for 1.82% of GNI p.c, which is below the UN affordability target, therefor allowing Bahrain to meet and outperform the Sustainable Development Goal target before 2025, holding prices below two percent of GNI per capita.

In praising exerted efforts, Sh. Nasser Bin Mohammed Al Khalifa, Acting General Director of TRA Bahrain congratulates and tributes the Kingdom’s evolution in regulatory framework to HM King Hamad Bin Isa Al Khalifa, and to HRH Prince Salman bin Hamad bin Isa Al Khalifa Crown Prince and Prime Minister. According to Sh. Nasser, this achievement validates the Kingdom’s advancements in both the field of telecoms, and excellence of enabling environment of digital transformation, valuing the wise leadership’s guidance in expanding Bahrain and shaping it into a regional telecom and ICT hub, seeking to continue efforts to develop the telecommunications sector in the Kingdom of Bahrain.

Sh. Nasser confirms “The regulatory environment’s resilience is a significant facilitator of both ICT adoption and price reduction. Regulators in this sector play a significant role in safeguarding consumers benefits through regulating competitiveness between Operators. Regulators also impact market structure and competitiveness through awarding licenses, allocating and designating spectrum, facilitating interoperability and infrastructure exchange, and regulating investment, among other things. A country ascends the regulatory ladder to a higher generation of ICT regulation as its regulatory environment matures.”

HH Shaikh Isa expressed his honour in representing His Royal Highness at the exhibition, noting that talent identification and promotion serve as a basis of development, led by HM King Hamad bin Isa Al Khalifa.

For her part, the President of Bahrain Authority for Culture and Antiquities, HE Shaikha Mai bint Mohammed Al Khalifa, extended her appreciation to His Royal Highness for sponsoring the exhibition and to HH Shaikh Isa for inaugurating it, noting that support for Bahraini arts helps promote and extend artistic reach at a time of unprecedented global challenges.

HE Shaikha Mai further noted that the special exhibition is a fitting tribute to the memory of His Royal Highness Prince Khalifa bin Salman Al Khalifa and his personal support for the arts.

The winners of this year’s exhibition are Mariam Al-Noaimi winning the Al-Dana Award, and Ahmed Anan and Jumana Al-Qassab receiving awards for 2nd and 3rd place respectively. Senior officials were also in attendance.

Education Minister, Dr. Majid bin Ali Al-Nuaimi, today endorsed the scholarship plan for the university year, 2021-2022, affirming the Education Ministry’s keenness to continue offering scholarships and study grants for Bahraini high school graduates with a grade point average (GPA) of 90% or more to compete on, in accordance with the terms and standards in force.

He pointed that allocating scholarships and tuition fees are subject to the terms and conditions set by the Scholarships Committee at the Education Ministry, noting that this year, they are based on the students’ GPA because of the inability to hold exams and personal interviews, as usual, due to the spread of the novel Coronavirus, and the need to adhere to the precautionary measures. He affirmed that all top-achieving high school graduates, from government and private schools, will receive scholarships or tuition fees based on their GPA.

Dr. Al-Nuaimi said that the annual scholarship plan is prepared based on the needs of the Education Ministry, in particular, and those of the Bahraini labour market, in general, extending sincere thanks and appreciation to His Majesty King Hamad bin Isa Al Khalifa and His Royal Highness Prince Salman bin Hamad Al Khalifa, the Crown Prince and Prime Minister, for their unwavering care and support for the education march in the kingdom, as well as their constant interest in outstanding and top-achieving students, being the pillars of the kingdom’s progress and prosperity.

High school graduates with a GPA of at least 90% and wishing to vie for the scholarships allocated for 2021-2022 are required to visit the websites (www.moe.gov.bh) or (www.bahrain.bh) for registration between Thursday and Sunday. The Ministry of Education also called on students who still haven’t received their passcodes to register for scholarships and tuition fees to contact the technical support during the official working hours only.