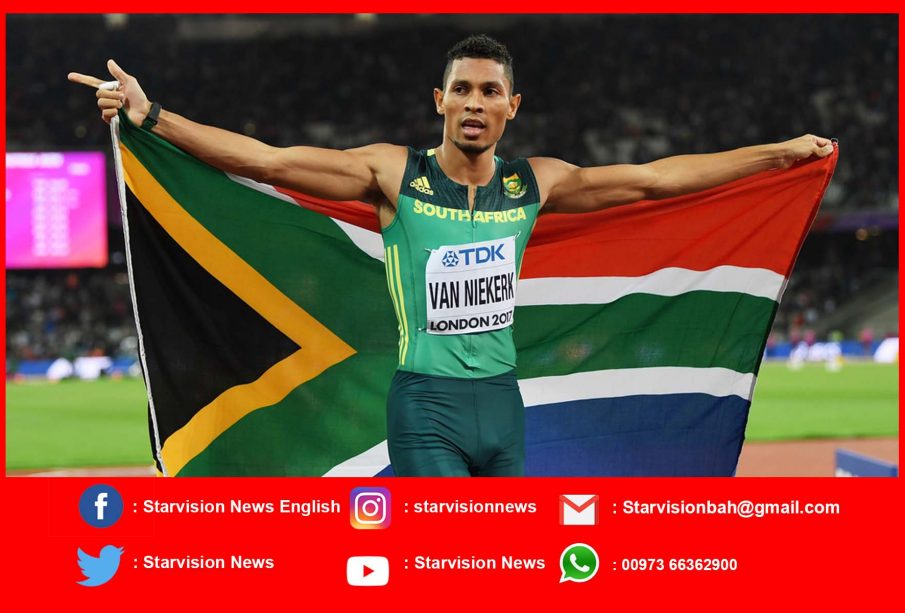 World 400 meters champion Wayde van Niekerk will not defend his title in Qatar this month after a setback while recovering from an injury suffered playing rugby. Van Niekerk became a world champion in 2015 and retained the title two years ago before hurting his knee playing touch rugby in Cape Town before a Test between South Africa and New Zealand. The 27-year-old returned to the track last February for a provincial meet in Bloemfontein but later withdrew from the national championships because he believed the cold weather would affect his recovery.

Explaining his decision to skip the September 27-October 6 world championships in Doha, Van Niekerk said he did not want to “rush or put pressure on me. “I’m extremely happy and at peace with where I am. I am respecting calls made by the doctor and respecting my body. It is about listening to my body and taking it from there.” Although he has not competed internationally since his injury, Van Niekerk qualified for Qatar as a defending champion. Apart from his two world triumphs, Van Niekerk won the 2016 Olympic Games 400m title in Rio de Janeiro in a world record 43.03 seconds.