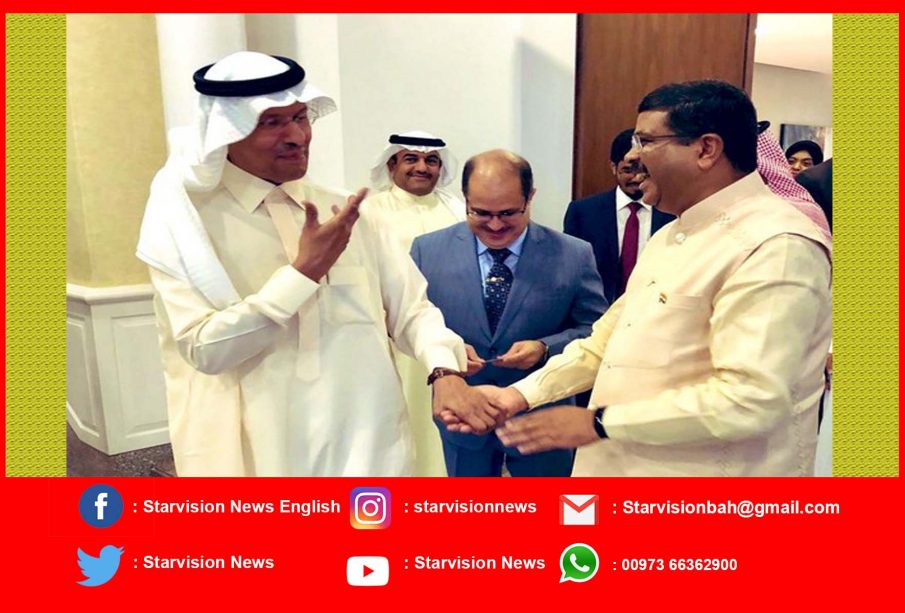 Union Petroleum and Natural Gas Minister Dharmendra Pradhan met his Saudi counterpart Prince Abdulaziz bin Salman here on Sunday and the latter reiterated the kingdom’s commitment to remain a reliable and sustainable partner in hydrocarbon supplies for India. “Met the newly appointed Saudi Minister of Energy HRH Prince Abdulaziz bin Salman in Jeddah and renewed my earlier acquaintance with him during his previous assignments with Saudi Ministry of Energy,” Pradhan tweeted.

“Saudi Minister reiterated Saudi Arabia’s commitment to remain a reliable and sustainable partner in hydrocarbon supplies and also on Saudi investments in India: he said in another tweet. Pradhan is currently on a three-nation visit to Saudi Arabia, the UAE and Qatar to engage with his counterparts in oil and gas as well as steel sectors in these countries. The visit began on September 7 and will conclude on September 12. “During his meetings, the minister will seek to further enhance cooperation with Saudi Arabia in the entire value chain of the hydrocarbon sector. Saudi Arabia has traditionally been a top supplier of crude oil to India,” an official statement said.

British Airways cancels all flights for next 48 hrs as pilots strike ...