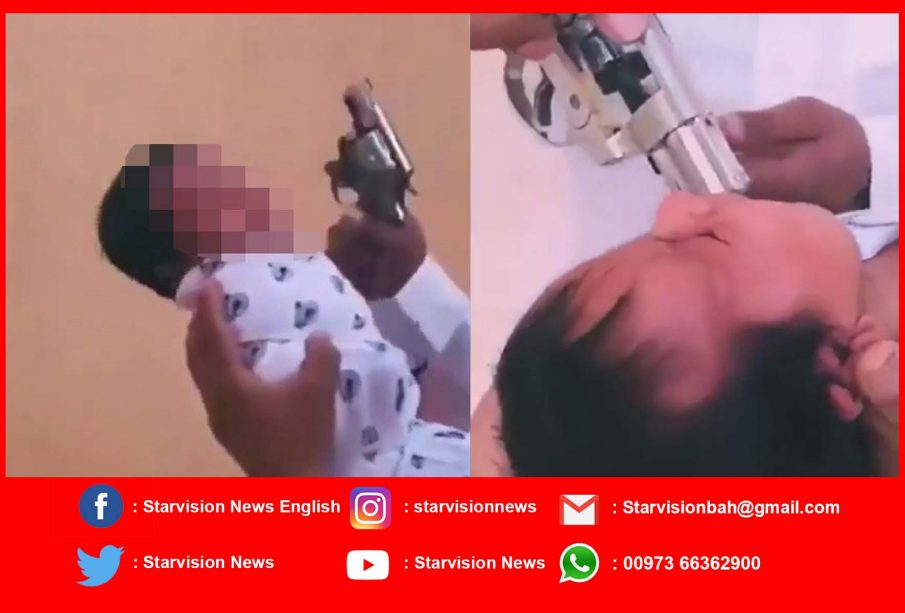 A video showing a Saudi man carrying a baby while firing a revolver in the air after which another man places the weapon in the infant’s mouth has gone viral on social media platforms. In the video, a man is seen holding a crying baby in one hand and firing a revolver with the other. After firing a few shots in the air a second man is seen taking the weapon, emptying the bullets and placing the weapon in the mouth of the wailing infant.

The video sparked outrage on social media as various activities and individuals demanded to serve action on the men involved. Saudi Attorney General Sheikh Saud al-Mojeb has issued an arrest warrant for the men involved. The act has been described as “criminal’’ and “a clear violation of child protection’’.