His Majesty confers Order of Bahrain to UK ambassador 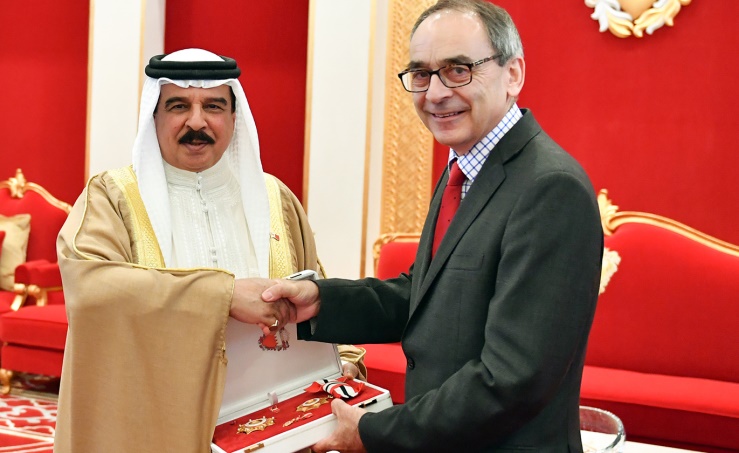 Manama: His Majesty King Hamad bin Isa Al Khalifa today received Ambassador of the United Kingdom to the Kingdom of Bahrain Simon Martin.His Majesty lauded the historic friendship, cooperation and partnership in various fields, and reaffirmed Bahrain’s keenness to further consolidate its ties with the United Kingdom to serve the interest and aspirations of the two countries and the welfare of both friendly peoples.HM the King conferred the first-class Order of Bahrain (Wisam Al-Bahrain) to Ambassador Simon Martin in recognition of his tremendous efforts and role in bolstering the fruitful cooperation.