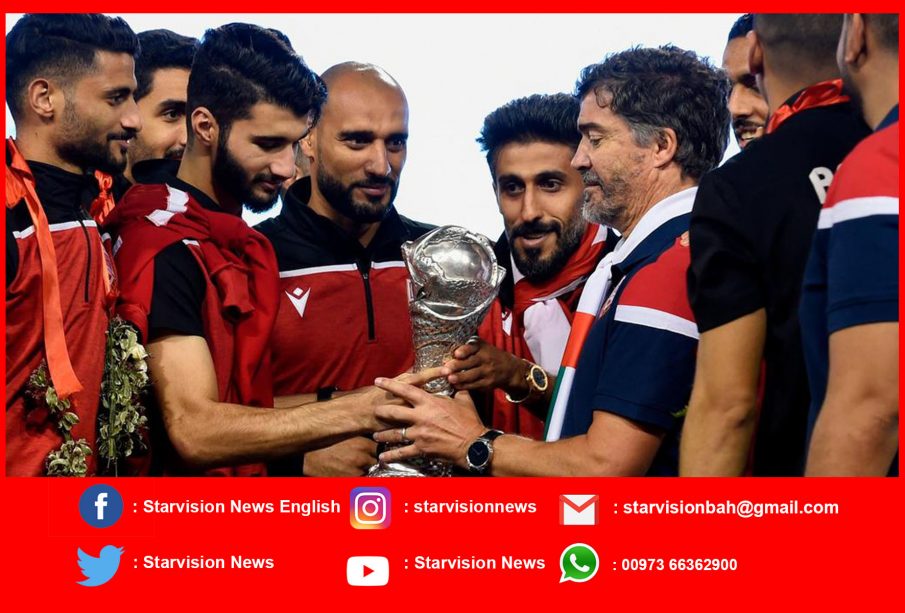 Gulf Cup winners were welcomed back to Bahrain with a victory parade from the airport to the Bahrain International Circuit, the home of the Formula 1 race.

The football national team players, coaches, and staff, led by His Highness Shaikh Khalid bin Hamad Al Khalifa, First Deputy Chairman of the Supreme Council of Youth and Sports and President of Bahrain Olympic Committee, boarded an open-top bus and showed off the much-coveted trophy, with tens of thousands of Bahrainis and fans who proudly saluted them and waved the red-and-white serrated Bahraini flag. 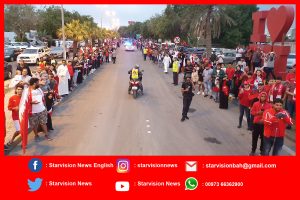 The welcome home started with an official ceremony at the airport given by HH Shaikh Khalid followed by popular celebrations and patriotic jubilations alongside the 40 kilometres of the journey.

On Sunday, Bahrain won the eight-team Gulf competition after it beat Saudi Arabia in the final 1-0. 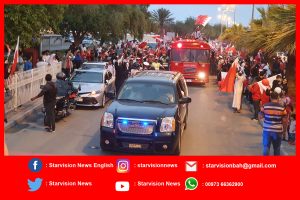 To reach the final, Bahrain scored victories over football powerhouses Kuwait and Iraq.

The stunning Bahraini prowess has been richly praised by all sports specialists and commentators.