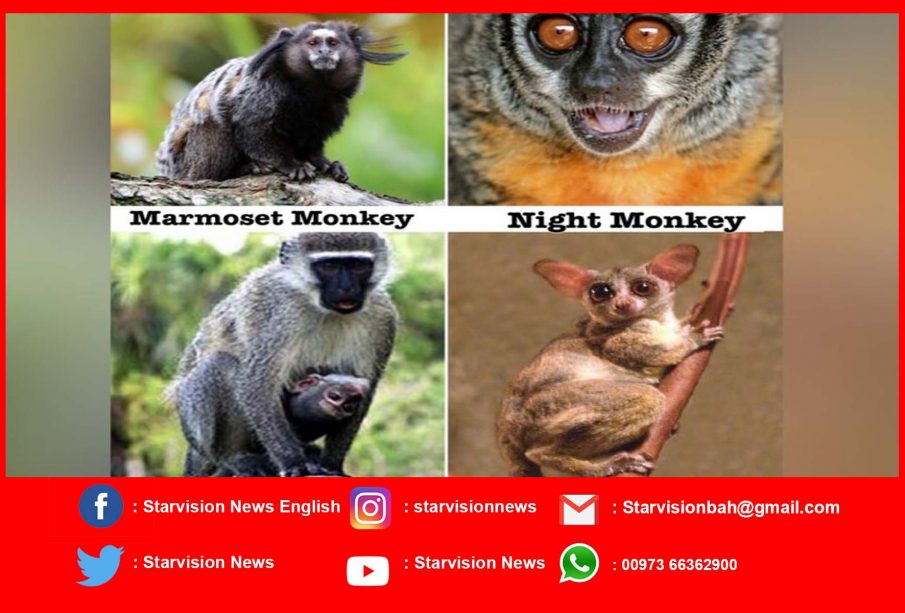 Linkedin
Doha Zoo welcomed two rare and endangered guests to its fold recently. A night monkey (also known as owl monkey) and black-bearded marmoset Monkey gave birth in the zoo, the ministry said in a tweet. “The Doha Zoo has witnessed the birth of rare and endangered species such as the night monkey and black-bearded marmoset Monkey recently. Ministry of Municipality and Environment has designed a special program for breeding, feeding and providing the right environment for them. Let’s welcome the new guests,” the tweet said. As part of efforts to preserve rare animal species and breeds, these species are subject to a special breeding program by focusing on integrated feeding, as well as temperature and humidity control for the similarity of their natural environment in South America.

The park also saw the birth of a Senegalese bush monkey, a ferrite monkey, a sika deer and a Moroccan ram in recent times. According to Wikipedia, the night monkeys, also known as the owl monkeys or douroucoulis, are the members of the genus Aotus of New World monkeys (monotypic in family Aotidae). The only nocturnal monkeys, they are native to Panama and much of tropical South America. Night monkeys constitute one of the few monkey species that are affected by the often deadly human malaria protozoan Plasmodium falciparum, making them useful as non-human primate experimental subjects in malaria research.

The marmosets, also known as Zaris, are twenty-two New World monkey species of the genera Callithrix, Cebuella, Callibella, and Mico. All four genera are part of the biological family Callitrichidae. The term marmoset is also used about the Goeldi’s marmoset, Callimico goeldii, which is closely related. Most marmosets are about 20 centimeters (8 in) long. Relative to other monkeys, they show some primitive features: they have claws rather than nails, and tactile hairs on their wrists. They lack wisdom teeth, and their brain layout seems to be relatively primitive. Their body temperature is unusually variable, changing by up to 4 °C (7 °F) in a day. Marmosets are native to South America and have been found in Bolivia, Brazil, Colombia, Ecuador, Paraguay, and Peru. They have also been spotted in Central America and Mexico. Doha Zoo is currently closed for a major renovation.