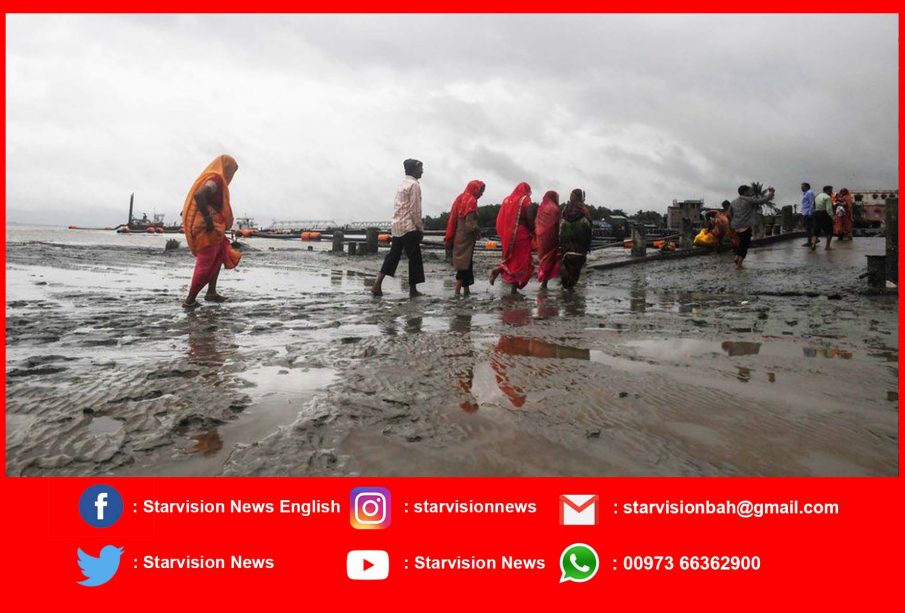 More than two million people in India and Bangladesh have been evacuated as Cyclone Bulbul hits the Bay of Bengal.

The storm made landfall at midnight local time (18:30 GMT) on Saturday, near Sagar Island in Indian West Bengal, and is expected to unleash surges as high as 7ft (2m).

Two people have already been killed by the cyclone, local media report.

Services at many seaports and airports in the region were also suspended – including at the busy Kolkata airport. 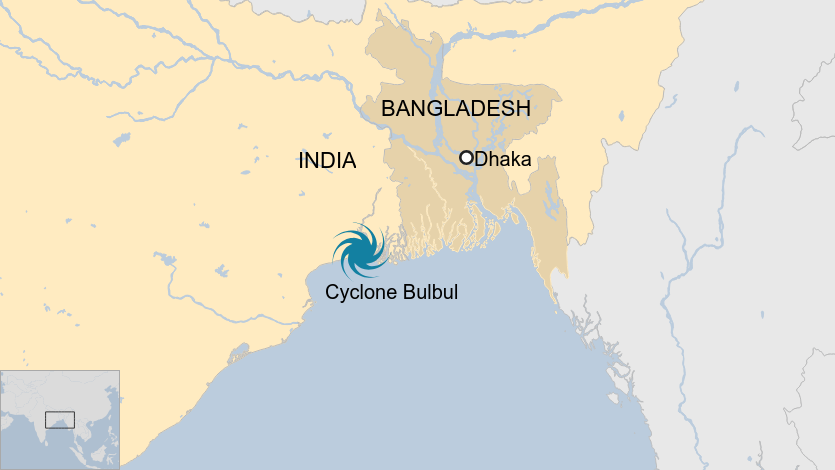 Bangladesh’s two biggest ports, Mongla and Chittagong, were closed and flights into Chittagong airport were stopped.

Mamata Banerjee, Chief Minister for the Indian state of West Bengal, tweeted before the cyclone made landfall urging people to stay calm.

“Please do not panic,” she wrote. “Kindly remain calm and co-operate with the administration in its rescue and relief efforts. Be alert, take care and stay safe.”

Forecasters expect the storm to move north and weaken gradually.

It is set to reach wind speeds of up to 120km/h (75mph), with gusts of 150km/h, and create tidal surges in the sea and rivers when it hits the coastal regions, says the Bangladesh Meteorological Department.

Along its predicted path is the Sundarbans, the world’s largest mangrove forest and home to the endangered Bengal tigers.

But the closure of transport hubs left thousands of other people stranded on islands off the coast, including St Martin’s Island in Bangladesh.

Indian authorities said military ships and planes have been put on standby to assist with emergencies.

Bangladesh’s low-lying coast is often hit by deadly cyclones, but the country has successfully reduced the number of casualties in recent years.