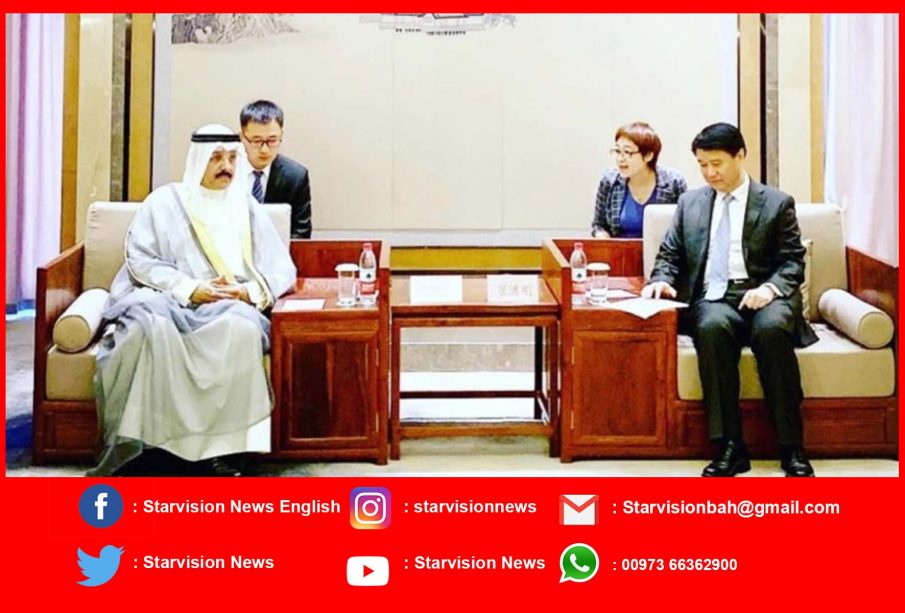 China is keen to strengthen the historical and strategic relations with Kuwait within the framework of the directives of His Highness the Amir Sheikh Sabah Al-Ahmad Al-Jaber Al-Sabah and Chinese President Xi Jinping, a Chinese official said. This came during a meeting between the Secretary-General of the Central Municipal Committee of the Communist Party of China in Tai’an City, Cui Honggang and Kuwaiti Ambassador to China Samih Hayat, on the sidelines of his participation in the International Investment Cooperation Forum and the opening of the International Mount Tai Climbing Festival.

Honggang said there are tremendous potentials to develop the existing strategic relations between the two countries, noting that the Chinese president and His Highness the Amir have met several times and drew up the roadmap for developing bilateral relations. He called for speeding up the implementation of the agreements reached by the leadership of the two countries and enhancing cooperation and working together to facilitate the implementation of the “Belt and Road” initiative. We look forward to working closely with Kuwait in protecting the multilateral free trade system”, he said, adding that Kuwait, through its leading role in negotiations, will contribute to finalizing the signing of a free trade agreement between Kuwait and the rest of the GCC with China.

The Chinese official also praised the great role played by Kuwait in the humanitarian and charitable fields, expressing his country’s congratulations on the fifth anniversary of UN honoring to His Highness the Amir as “Humanitarian Leader”. Ambassador Hayat stressed the importance of continuous communication at all levels to deepen and strengthen strategic relations with China. During the meeting, Hayat underscored the necessity of activating fruitful cooperation through the implementation of the agreements signed between the governments of the two countries, and pushing for further development of the comprehensive strategic partnership between Kuwait and China. He confirmed that China has become Kuwait’s first trading partner.

North Korea ‘willing to restart’ nuclear talks with US