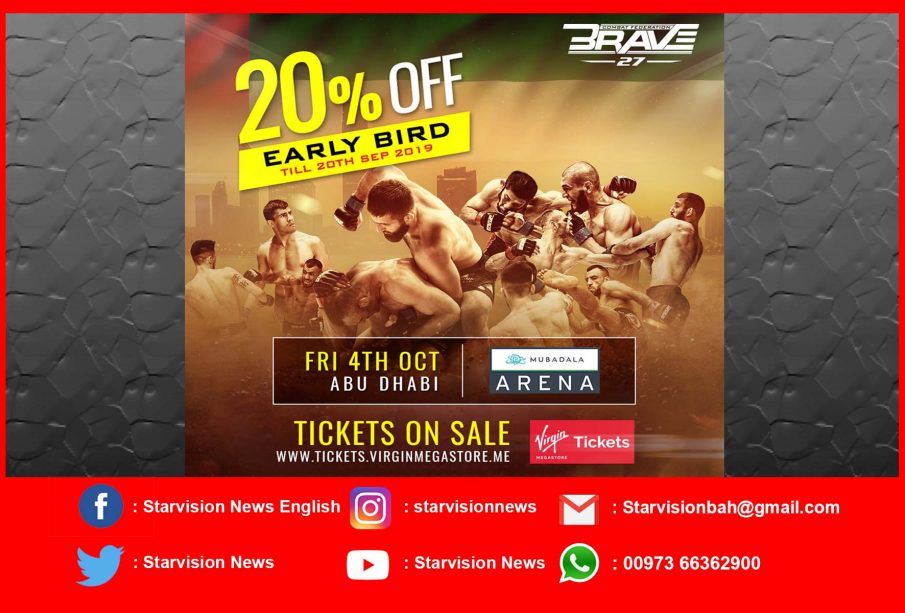 Linkedin
BRAVE Combat Federation, the fastest-rising MMA organization in the world, returns to Abu Dhabi for a special fight night featuring the biggest Arab MMA stars and the best international fighters in the promotion’s roster. BRAVE CF 27 takes place at the Mubadala Arena, on October 4th, and BRAVE CF fans can catch a special early bird offer for tickets. BRAVE Combat Federation and its two ticketing platforms, Virgin Tickets and e-Ticketing, are offering a special discount for early bird tickets, with 20% off the original price. The offer will stand until September 20th, and fans can go to both companies’ websites in order to purchase the tickets to a phenomenal night of mixed martial arts action. 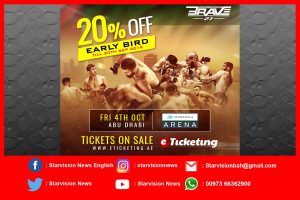 BRAVE CF 27 will be headlined by the biggest rematch in the promotion’s history. Welterweight world champion Abdoul Abdouraguimov will make the first defense of his belt against the man he beat to get: Jarrah Al-Selawe. The duo fought an incredible bout back at BRAVE CF 23 when Abdoul dominated early on and held on the attacks of the former champion to snatch his title away. The promotion’s third show in Abu Dhabi in as many years will feature a host of big names such as the returns of Tarek Suleiman and Mohammad Fakhreddine, who take on Rustam Chsiev and Ikram Aliskerov, respectively. Surging superstar Khamzat Chimaev goes back up to Middleweight to take on internet sensation Mzwandile Hlongwa, while Anas Siraj Mounir and Alex Martinez run it back after an early unintentional low blow ended in a No Contest in their previous match-up.