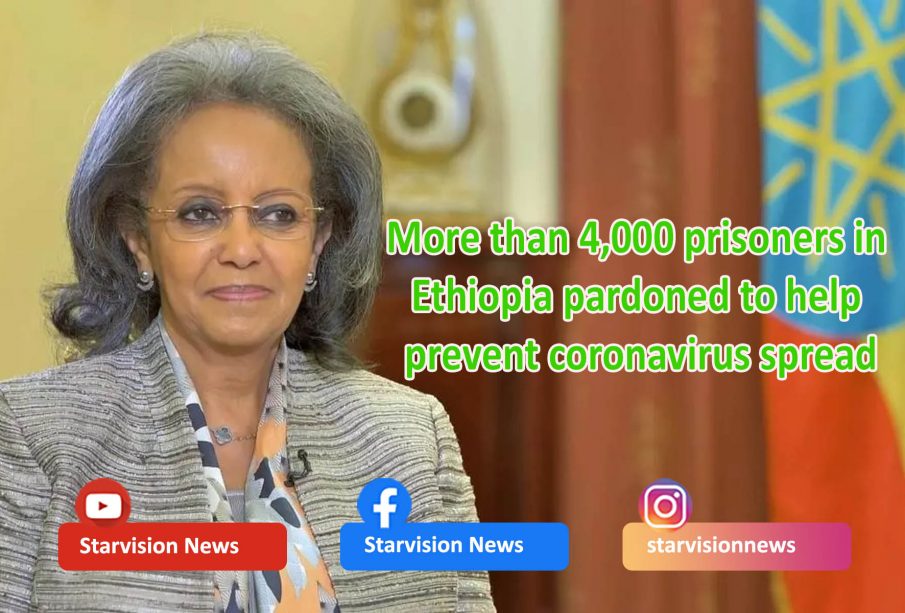 Ethiopian President Sahle-Work Zewde has granted pardon to more than 4,000 prisoners in efforts to contain the spread of coronavirus in the country. Sahle-Work Zewde announced the order in a tweet on Wednesday and said it would help prevent overcrowding in prisons. The directive only covers those given a maximum sentence of three years for minor crimes and those who were about to be released from jail, she said.

There are 12 confirmed cases of Covid-19 in Ethiopia, according to the World Health Organization on Wednesday. Authorities in the nation have put in place a raft of measures including the closure of all borders except to those bringing in essential goods to contain the virus. The government has directed security officials to monitor and enforce a ban on large gatherings and overcrowded public transport to ensure social distancing.